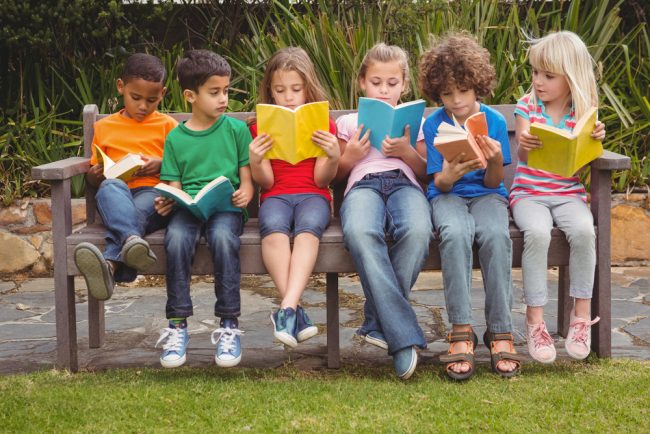 The CCBC clarified that this does not mean 88% of children’s book characters are white. They do not keep track of how many white protagonists appear in children’s books, because “white people are not notably, or even noticeably, lacking in books for children and teens.” However, they note that many children’s books feature “animal characters or trucks or other high-interest topics; and nonfiction about aspects of the natural world, etc.,” so those non-human characters and nonfiction topics do make up a significant portion of the remaining 88%.

These numbers are still far from inspiring, but there was a bit of good news. According to a post on the CCBC’s blog, representation for some minority groups was up: “Two broad categories–Asian/Pacifics and Latinos–saw a notable jump in numbers this year for both ‘by’ and ‘about.’ The numbers for African and African Americans and First/Native Nations remained disappointingly static or dropped. Those mixed numbers reflect our mixed feelings: It’s both an both an exciting and frustrating time for multicultural literature advocates.”

As campaigns like We Need Diverse Books and #1000BlackGirlBooks have shown, representation matters, especially for young children–so let’s get these numbers up, North American publishers.

You can find out more about how the CCBC defines its categories, and the breakdown of book titles by specific ethnicity, at their website.