No, Really, Obi-Wan’s Home Planet Is Called “Stewjon” and Is Named After Jon Stewart 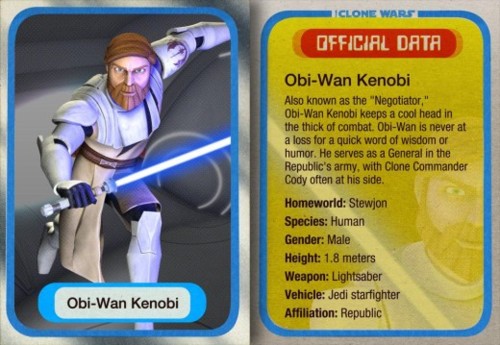 Jon Stewart, host of The Daily Show, is a Star Wars fan. A big Star Wars fan. A big enough fan to have asked George Lucas what Obi-Wan Kenobi’s birth planet was. While interviewing the Grand Poobah of the Force at Celebration V, Stewart asked this question, and received the response that seemed like a silly statement at the time, but ended up being part of Star Wars canon forever. Obi-Wan Kenobi is from the planet “Stewjon.”

The interview actually took place back in August 2010, during The Main Event at Celebration V, which included a scripted interview between Stewart and Lucas, who provided the following answer to Stewart’s inquiry:

“This is one of the first things I wrote in the very first script. He comes from the planet Stewjon.”

Obviously, this is a silly joke because we doubt George Lucas knew who Jon Stewart was when he wrote his very first Star Wars script. But are we going to sit here and argue and take such joy away from Jon Stewart? Of course not!

Ever since that light-hearted conversation, however, “Stewjon” has completely infiltrated the Star Wars universe. It even proved false the “theory” that Kenobi was born on Coruscant, a fact that had appeared in Star Wars: The Clone Wars Character Encyclopedia, published a mere two months before the fateful Celebration V interview. Because when you have a fan as wonderful as Jon Stewart, this is how you honor him.

(The Next Web via I Heart Chaos)