Over 15,000 People in the Czech Republic Name Star Wars As Their Religion 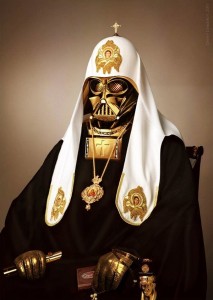 While many of us are gearing up for Christmas, Hanukkah, Saturnalia, Festivus, etc., over 15,000 citizens of the Czech Republic are getting ready for Life Day. Why? Because that’s how many people declared themselves to be “Knights of the Jedi” on the country’s most recent census report. While it still has a long way to go to be considered a threat to the still-prominent Catholic Church, it’s not the only country where citizens are taking the Force’s influence extremely seriously.

While it was a landmark year for other religious groups stepping up to identify themselves — namely, the Moravians — the instance of Jedi write-ins was also very noteworthy. Exactly 15,070 people wrote in that they followed the beliefs and teachings of the Star Wars franchise as their official religion, calling themselves Knights of the Jedi. Czech Position writes:

Overall, 15,070 Czechs identified themselves as Knights of the Jedi with the biggest proportion of adherents in the capital, Prague, with 3,977 followers or 0.31 percent of the population. The fewest “knights” were found in the central region of Vysočina, just 0.08 percent of the population. It is probably off most Star Wars intergalactic radars or galactic positioning systems.

In a country of 10.5 million people, about half left the religion question unanswered. But Stanislav Drapal, deputy head of the statistical office, says that 15,070 people “is not a negligible social phenomenon.”

“We included this option (in the census form) despite a fierce debate over whether it’s serious or not. But it’s not up to statisticians to say what is or is not a religion,” said Drapal.

And the Czech Republic is not the only country taking their spiritual cues from the science fiction saga — In 2001, 53,000 people declared themselves Knights of the Jedi in New Zealand with another 21,000 Canadians.

(Czech Position via The Hollywood Reporter via Blastr)