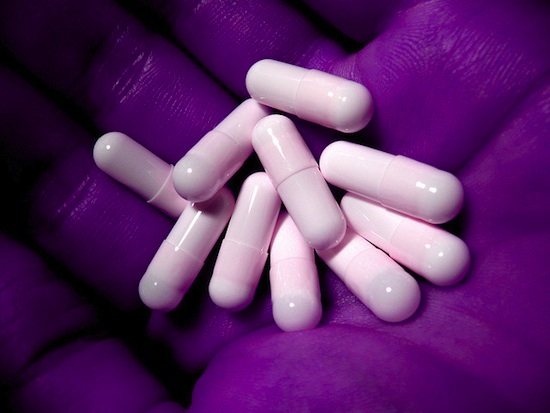 We’re getting better at understanding how our bodies and minds work every day, but one key factor binding both together remains a mystery. For all our new understanding of genetics, nanotechnology, and other new treatments, the placebo effect remains a mystery to us — and a powerful one at that. Biology and mathematics researchers at the University of Bristol have published the results of a series of mathematical models that give some weight to the theory that the placebo effect is an evolutionary adaptation — the result of our bodies’ immune systems not running at full speed all the time to conserve energy.

One of the reasons the placebo effect is confusing is that it flies in the face of common sense. If your body is capable of making itself better, why does it seem to need the jump start of a placebo to do so? Wouldn’t it be more effective to just heal itself without the external cue?

Not necessarily, suggests researcher Peter Trimmer, the lead author of the study, which modelled immune system function under stress. The numbers he and his team came up with show that, from an evolutionary standpoint, placebos make sense. Getting your immune system to function at a high level and kill off invading bacteria or viruses takes a lot of energy — hence the fever you run when fighting a cold.

For most of evolutionary history, we had better ways to spend that energy — like not dying of starvation, or being able to run away from a predator — so immune system function became conserved. The immune system, in other words, runs in a sort of sleep mode, so as not to gobble up energy needlessly, and placebos became a handy way of telling the system when it needs to get itself in high gear.

The research, published in the journal Evolution and Human Behaviour, still has to be confirmed by further lab experiments, but shows a new and promising path for future study.

Getting answers to what makes the placebo effect work is much more than just an academic concern. Placebos are a key to modern medical trials, in which any drug that wants a chance at making it to market has to beat out a placebo in a double-blind study. Double blind means that neither test subjects nor doctors administering treatment know which patients are getting a new drug and which are getting a placebo until after the trial has concluded. Since placebos are shown to be effective at treating a variety of symptoms, some of them as effectively as actual drugs, the effect could be putting the kibosh on promising treatments needlessly.