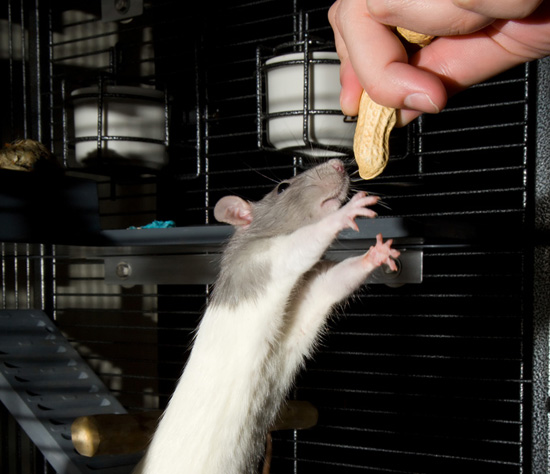 Food allergies are nasty business, but a new study led by Paul Bryce and Stephen Miller from Northwestern University might offer some hope. In their work, the researchers found that an allergic immune system could be trained to tollerate foods that previously would have triggered dangerous reactions.

When a person is allergic to something, it’s because the body’s immune system overreacts in a tremendous way. This can lead to anaphylactic shock or death in some cases, as the reaction can restrict a person’s airways. This new research focused on lab rats with peanut allergies, who would respond similarly to humans if exposed to the food. In order to suppress the reaction, the researchers removed immune cells called leukocytes from the rats and covered them with peanut proteins.

They then took these peanut-coated cells and reintroduced them to the rat’s bloodstream. Instead of sounding the alarm, the rat’s immune system recognized friendly cells and ignored the peanut proteins. After only two treatments in this manner, the rats were happily eating peanut extract without a care in the world.

In order to further bolster their findings, the researchers repeated their experiments with rats who were allergic to egg proteins. The results were the same, ending with the rats having egg for dinner.

These results are certainly good news to any allergy sufferer, and the researchers are confident that their work has future potential. They’ve even suggested that it would be possible to use this methodology to treat multiple allergies at once, though that hasn’t been a focus of their work yet. Unfortunately, rats are not people so it’s certainly going to be some time before human immune systems are being similarly trained. However, it’s a step forward for people, and rats, with dangerous allergies.