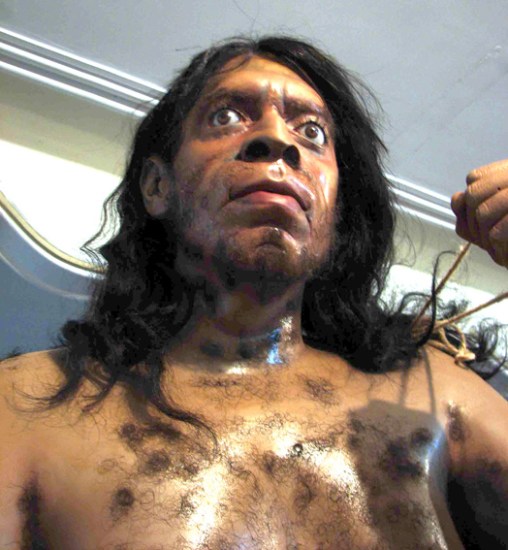 New research suggests that modern humans may have inherited some of our immune system genes by interbreeding with closely-related non-homo sapiens. That is to say, our ancestors got it on with Neanderthals and we’ve reaped the benefits.

The research focused on human leucocyte antigen (HLA) genes that help the body identify and destroy viruses, as well as other foreign bodies. Through their work, the researchers believe they’ve found a link between certain HLA genes in humans and those found in prehistoric Neanderthals and another group known as Denisovans. According to their study, the distribution of the genes obtained through interbreeding is not consistent across all humans:  People of European descent got over 50% of one class of HLA variant genes from interbreeding, those of Asian descent have 80%, and people from Papua New Guinean have about 95%. In another example, HLA variants common in West Asia are rare in African people.

Stanford University’s Peter Parham, who led the study, believes that this discrepency paints a picture of early human migration. He says that Neanderthals and Denisovans had already adapted to life in Europe and Asia when our early ancestors left Africa some 65,000 years ago. Upon entering these new areas, our ancestors encountered and interbred with the established Neanderthals and Denisovans. The resulting offspring, Parham believes, were born with immune systems better suited to survive in these new areas and thus had an evolutionary advantage.

The relationship between humans and closely related species like Neanderthals continues to be one of the most hotly debated subjects in science, and as such this new research is sure to face stark inquiry. Though there is growing evidence of interbreeding between Neanderthals and humans, claiming that it resulted in a specific evolutionary advantage may be a hard case to make. Moreover, the only physical evidence of Denisovians come from a single tooth and finger, though Parham maintains that scientists have gleaned much from such scant remains.

That said, it is fascinating to consider the possibility that an extinct species so similar to us, may have had such a large impact on our development