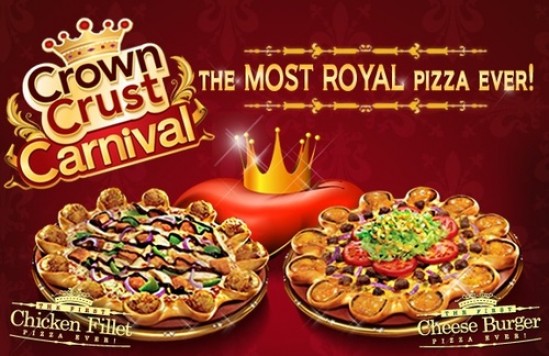 The Middle East branch of Pizza Hut is debuting two very special new pizzas. Dubbed the Crown Crust Pizza for its crown-like shape, one of the pies has a crust made of cheeseburgers, and the other has a crust made out of chicken fillets.

The new pizzas may seem unsavory at first, but keep in mind, these pizzas are so radically different from a regular cheese pizza, that it’s more like a whole new meal with some extra cheese and bread — two ingredients that, for instance, a cheeseburger or chicken sandwich probably already has.