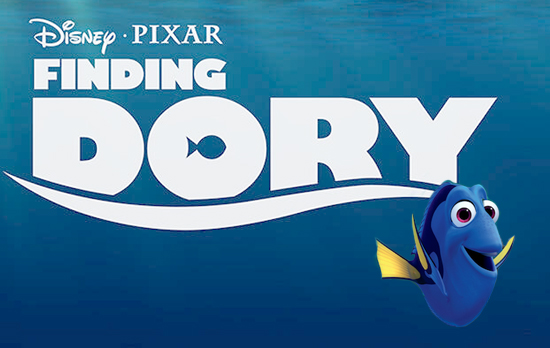 Pixar movies are pretty great, and Finding Nemo is still one of the best. And of all the characters in that fish-out-of-water-then-back-in-water story, none is more endearing than the memory-challenged Dory. Which is why it’s totally awesome that Disney’s/Pixar’s long-awaited Finding Nemo sequel has been announced as Finding Dory. Opening in theaters on November of 2015, the movie will once again feature Ellen DeGeneres as Dory, but this time at the center of the plot.

“I have waited for this day for a long, long, long, long, long, long time. I’m not mad it took this long. I know the people at Pixar were busy creating Toy Story 16. But the time they took was worth it. The script is fantastic. And it has everything I loved about the first one: It’s got a lot of heart, it’s really funny, and the best part is — it’s got a lot more Dory.”

So not only do we get Dory back, but it sounds like we’re going to meet her family.

Director Andrew Stanton said, “One thing we couldn’t stop thinking about was why she was all alone in the ocean on the day she met Marlin. In Finding Dory, she will be reunited with her loved ones, learning a few things about the meaning of family along the way.”

Evidently the story will take place about a year after than Finding Nemo. There’ll be new characters, but also a return of old favorites like Nemo, Marlin, and the folks from the dentist’s tank.

(Bleeding Cool via The Mary Sue, images courtesy of blogs.disney.com)