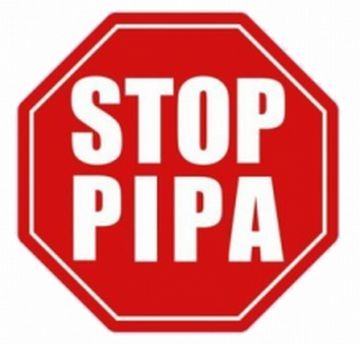 The SOPA blackouts seem to have worked, ladies and gentlemen: The Senate hearing on the Protect-IP Act has been postponed by Senate Majority Leader Harry Reid, and will not resume until some sort of compromise is reached. After the SOPA blackouts, support for PIPA dwindled, with at least a dozen Senators announcing their opposition and all four GOP candidates coming out against it during last night’s presidential debates.

In light of recent events, I have decided to postpone Tuesday’s vote on the PROTECT I.P. Act.

There is no reason that the legitimate issues raised by many about this bill cannot be resolved. Counterfeiting and piracy cost the American economy billions of dollars and thousands of jobs each year, with the movie industry alone supporting over 2.2 million jobs. We must take action to stop these illegal practices. We live in a country where people rightfully expect to be fairly compensated for a day’s work, whether that person is a miner in the high desert of Nevada, an independent band in New York City, or a union worker on the back lots of a California movie studio.

I admire the work that Chairman Leahy has put into this bill. I encourage him to continue engaging with all stakeholders to forge a balance between protecting Americans’ intellectual property, and maintaining openness and innovation on the internet. We made good progress through the discussions we’ve held in recent days, and I am optimistic that we can reach a compromise in the coming weeks.

Of course, it’s important to remember that this happened — and unhappened — to SOPA, so this is only a temporary victory, but a victory nonetheless. Don’t get too comfortable; there’s a lot more that needs to happen. While compromise is a good thing, SOPA and PIPA need to be discarded entirely because they are just iterations on fundamentally broken copyright law. For the time being, however, off the table is a good place for PIPA to be.