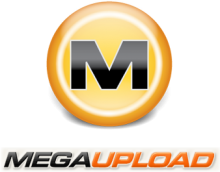 MegaUpload.com is down, and reports from the Associated Press say that is because the federal government took it down. The federal government has taken down MegaUpload. Yeah. Of course, this takedown comes hand-in-hand with an indictment and charges of piracy. Charges of piracy on the order of $500 million in cost to copyright holders. Intentional or not, the proximity to the SOPA blackouts is probably worth noting.

MegaUpload, formerly the 13th most popular website in the world, claims that it has kept on top of responding to complaints by copyright holders, but either it wasn’t or it was, that doesn’t matter to the feds. MegaUpload recently stirred up some trouble with its self-endorsing MegaUpload song, but that beef was largely with Universal. Now, just a day after thousands assumed that Wikipedia was actually taken down by the government, MegaUpload has been. The Justice Department has said in a statement that Kim Dotcom and three others have been arrested in New Zealand at the request of U.S. officials, while two other defendants are still at large. If you had any questions as to what a post-SOPA, post-PIPA world might look like, here’s the teaser.

UPDATE: Anonymous seems to have taken down the Department of Justice’s website and Universal’s website in retaliation.