Could it not have been a chocolate bar or something? 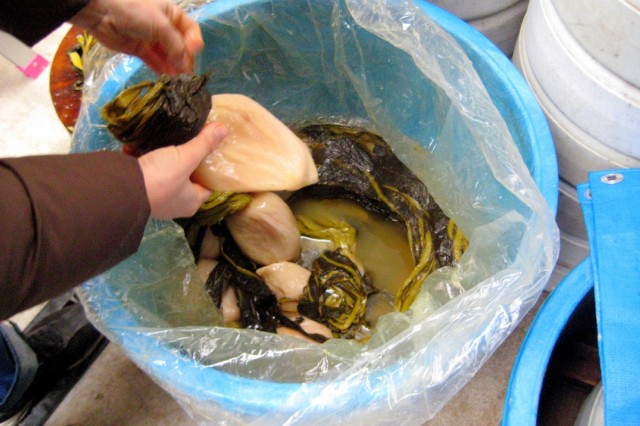 Japanese scientists have discovered that a strain of bacteria found in “suguki,” a horrifying-looking pickled turnip being lauded by awful people as a “superfood,” could actually stop you from getting the flu. It’s sort of a toss-up here between whether you’d rather get influenza or drink the guts of a pickled turnip.

Published in Letters in Applied Microbiology, the study found that, when fed to mice, the Lactobacillus brevis bacteria in these suguki-nightmares actually prevents the mice from contracting influenza. Though the bacteria hasn’t yet been tested on humans yet, researchers are currently working on a probiotic drink made from suguki which will hopefully yield similar results.

The bacteria, which is protected from stomach acid by a particularly bad-ass exoskeleton of sugar molecules, basically puts the immune system into overdrive, and helps boost the production of flu-specific antibodies. The researchers hope that they could use the suguki to protect against the newest, deadly flu virus emerging out of China.

Of course, yeah, you have to drink the suguki-juice; so, it’s hard to say what would be worse.