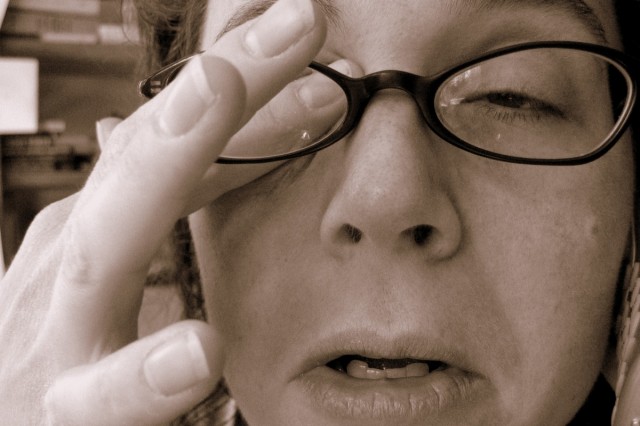 Ever find yourself stuck inside and miserable during, like, literally any season, due to crippling allergies associated with existing in a world with nature? Us too! Thankfully, science has heard our sneezy cries for help, and has developed a treatment for hay fever and dust mite allergies! Sniffly hooray!

Researchers at McMaster University in Hamilton, Ontario, have come up with two separate treatments, one for grass allergies (AKA hay fever, AKA you might as well not ever go outside because breathing is about to become harder than the Ocarina of Time Water Temple), and one for dust mites (those are the microscopic bugs that live in house dust and eat dead skin cells – you know, the ones we wish we didn’t know existed).

The treatments – called “‘synthetic peptide immuno-regulatory epitopes,” or SPIREs – are expected to eliminate the sneezing, itchy eyes, and runny noses associated with hay fever and dust allergies, and will make teasing nerds a lot more difficult.

In all seriousness, hay fever and dust mite allergies account for 50% of all allergies in the world, and affect 15-25% of the total population of North America and Europe. After taking the therapies for three months, subjects who were exposed to the allergens reported far fewer symptoms than those who took the placebo.

Now if you’ll excuse me, I’m off to purchase some sunscreen and go read my comics outdoors.

(via Newswise, image via Susan Sermoneta)