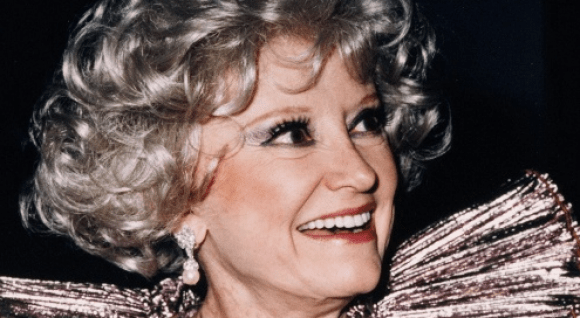 It’s a sad, sad day for the comedy world: Phyllis Diller, who made famous the persona of the eccentrically-dressed, wisecracking housewife, died Monday. She was 95. She will be remembered for her wold cackle, her manic hair, her insatiable humor, and for the uncountable ways in which she blazed trails for female comics young and old today.

Diller was born in Lima, Ohio in 1917. During World War II she worked as an advertising copywriter, housewife, and mother. She started making television appearances in the 1950s; her first was on Groucho Marx‘s quiz show You Bet Your Life. She went on to become the first American woman to being widely-known for stand-up comedy.

Diller was known for her self-deprecating style of comedy, most especially when it concerned her looks. This was a particular favorite of Johnny Carson‘s, who invited her onto his eponymous (and legendary) talk show many times.

Joan Rivers said of Diller recently that she “broke the way for every woman comedian.” Her raspy laugh was contagious and memorable, and in an age when the perfection of the 1950s housewife was sacrosanct, Diller was the raucous, hilarious counter-example.

Here are River‘s tweets in response to her friend’s death:

I’m beyond saddened by the death of Phyllis Diller. We were friends – Melissa and I had a wonderful time with her at lunch just a month ago.

The only tragedy is that Phyllis Diller was the last from an era that insisted a woman had to look funny in order to be funny. — Joan Rivers (@Joan_Rivers) August 20, 2012

From The Hollywood Reporter:

She was a particular favorite of Bob Hope, who took her under his wing after catching her act at the Purple Onion club in San Francisco during the mid-1950s. Diller went on to appear in three of Hope’s ’60s movies — and two dozen of his TV specials. At the time of her Purple Onion stint, Diller was a 37-year-old suburban San Francisco homemaker with five children who had previously only performed in PTA skits. Her jibes at her fictional husband “Fang,” along with mocking her own domestic ineptitude, were novel for the times…

Her quick humor and good-ol’-girl comedy won her a regular spot on the Dean Martin Celebrity Roasts — not exactly female turf at the time. Her one-liners were hoots: “I was in a beauty contest once. I not only came in last, I was hit in the mouth by Miss Congeniality.”

Books could be filled with the influence Diller has had on modern comedy, how greatly she lived, and how much she will be missed now that she is gone. So for now, let’s just watch the woman herself: