The call is coming from inside the microwave! 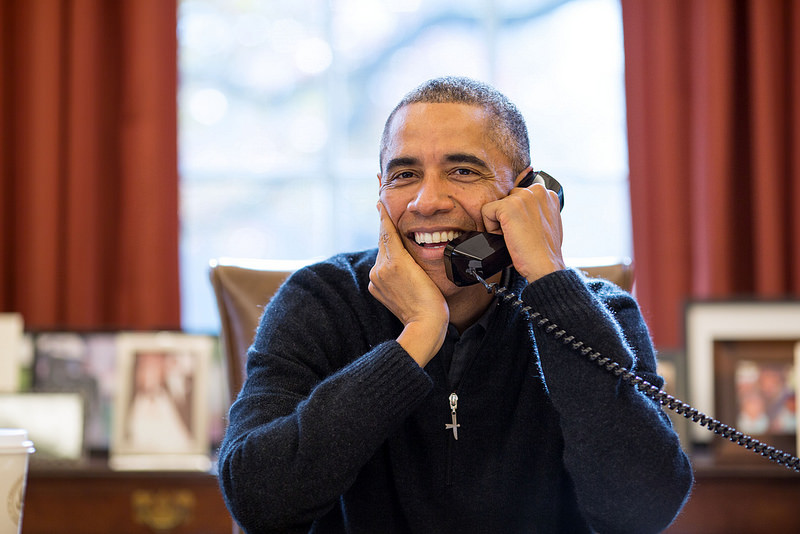 As Trump’s staff does their best to project some semblance of sense and reason out of Trump’s claims of having been wiretapped by Barack Obama, the prize for most WTF Talking Point has to go to Kellyanne Conway, who took it upon herself to inform America that we’re being spied on by our microwaves. Now, “of course [she doesn’t] have any evidence for those allegations,” but, as she puts it, “we know that that is just a fact of modern life.” Like Bigfoot or a functioning government. We might not be seeing those things around right now, but we just know they’re facts of life.

That claim might sound ridiculous, but as it turns out, Conway was right. Our microwaves can turn into cameras and spy on us. Not just that, but President Obama has figured this out and is definitely hacking into Trump’s kitchen appliances.

How do we know this? Pete Souza, Obama’s former official photographer and Trump troll extraordinaire, revealed the secret!

Okay, hilarious Photoshopping aside, Souza has continued his expert trolling since we last checked in. For example:

Glad he only tweeted out facts with his device.

Or this not-so-subtle reminder of what the relationship between the White House and the press usually looks like.

Waiting with press secretary Robert Gibbs, right, for the start of a press conference in 2010. The New York Times, CNN and Politico were of course in attendance (as well as Fox News).

Look at all this Russian collusion!

The Obama family have dinner on the roof of the infamous Ritz-Carlton hotel overlooking Red Square in Moscow. July 2009.

He’s been sharing a lot of old photographs of the lead up to the passage of the Affordable Care Act.

The day the ACA aka Obamacare passed. Since then, 20 million Americans have health care that didn’t before. Wonder what happens to them if this law is repealed? Could be sad!

Because health care reform, as it turns out, is hard. No one knew!

Hard things ARE hard. And sometimes complex. David Axelrod gave this plaque to President Obama after uttering these words during the fight to pass the Affordable Care Act in 2010.

A good lesson: never get on Pete Souza’s bad side.

Always loved looking for pockets of light in the Oval Office especially when the sun was streaming in during the winter months.

(via Uproxx, featured image via The White House via VisualHunt)