Project PERCEPTION NEURON Is the Virtual Reality Bodysuit of the Future

Can the final version look like Tron costumes, please? 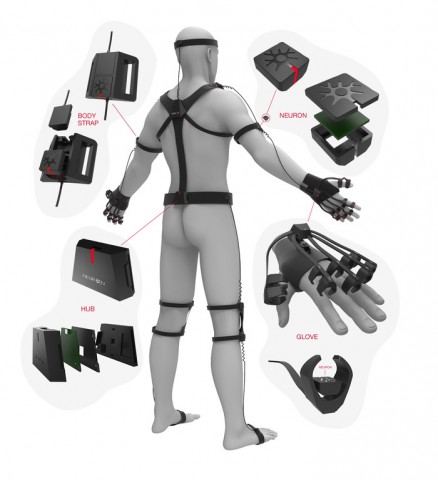 There are some amazing virtual reality headsets on the horizon with the Oculus Rift, Sony’s Project Morpheus, and more, but no one has quite nailed down the perfect control solution—that’s where Project PERCEPTION NEURON comes in. It’s a wireless, full-body motion capture system designed to put the wearer in the virtual world like never before, and the results look amazing.

Motion capture isn’t new technology, but it’s usually cumbersome and cost-prohibitive for the mass market. NEURON aims to change that by creating an affordable, wireless system you can easily wear and move around in. Its applications range from game control to visual effects and animation, and the PERCEPTION NEURON Kickstarter has already reached about half of its ambitious $250,000 funding goal.

Take a look at some impressive demos of their working prototypes with the project’s lead hardware designer, Dr. Tristan Dai:

There are even more demos over on the Kickstarter page that show the NEURON in action. For gaming, it would probably still need to be paired with something like the Virtuix Omni virtual reality treadmill since not all of us have an infinite amount of unobstructed space to play, but a combined system like this is absolutely the future of virtual reality.