Somebody (Sort of) Invented a Virtual Reality Headset For Chickens

Get ready for all the Cluckulus Rift jokes you can stand. 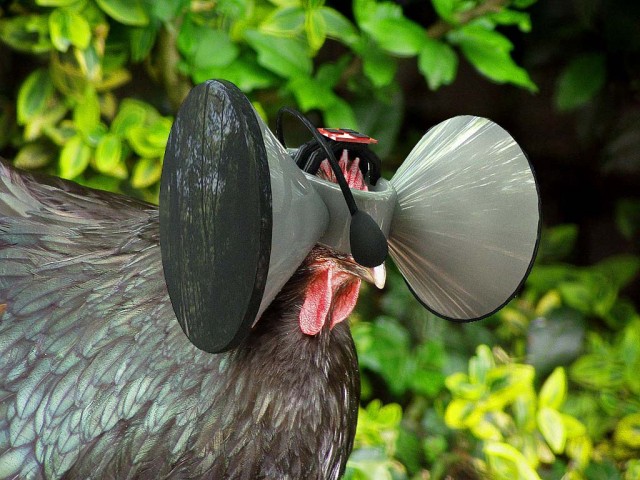 Being a chicken is stressful. First of all, you’re a bird, so you’re already cursed with heightened levels of anxiety. To make matters worse, you’re also delicious, and it’s likely that you aren’t getting enough room to run around. That’s where this virtual reality headset comes in to brighten your chicken day and make you think you’re one of those fancy free-range cluckers.

Called Second Livestock, this latest project from Austin Stewart imagines a world in which “cutting edge sensor technology” can be used to improve the lives of chickens — his words, not ours:

In reality the project is a “social experiment” designed to make people think about the way that virtual reality might affect our lives. Yes, that’s right: there are no actual chicken VR headsets. However, Stewart’s delivery of the idea is completely deadpan — in fact, he’s given several talks about the headset at Ohio State University and to local farmers in the Iowa region marketing it as a legitimate product. Even the professional-looking website explains the different elements of its design in hilariously horrifying detail. 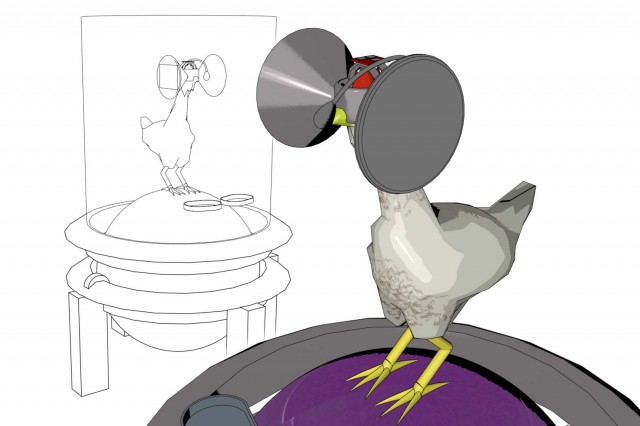 “Our Research and Development department is currently working hard on expanding our virtual offerings to other livestock and we won’t stop there,” says the Product Innovation page. “Why should pets be let home alone when they can spend the day playing with others in a virtual world? Animals in zoos are notoriously depressed due to their living conditions, they too will be transported to a virtual version of their natural habitat.”

Of course, Stewart isn’t completely against the idea of virtual reality — he just wants communities outside the tech and art worlds to be having discussions about this new technology. He’s also on record as saying he would be open to actually creating such a device for chickens if scientists and engineers are willing to work with him on it. I sure hope they aren’t, for the chickens’ sakes. It’s one thing for humans to make the conscious decision to engage with virtual reality, but chickens are already pretty freaked-out little creatures without us adding a whole level of Matrix-style reality bending to their daily existence.

(via TechCrunch and Fast Company, image via Second Livestock)