Looks Like Gwyneth Paltrow Will Wear Armor In Iron Man 3! 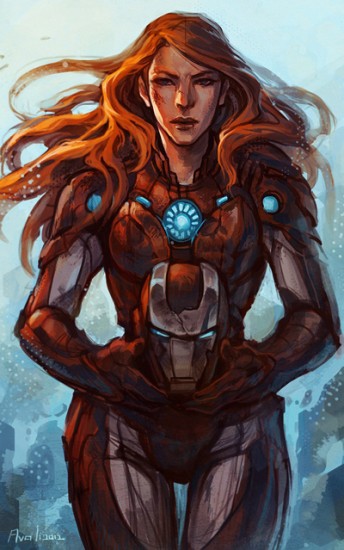 At the last San Diego Comic-Con, director Jon Favreau revealed Gwyneth Paltrow almost had the opportunity to wear her own Iron Man armor in the previous films. “We almost did it a few times; we talked about it a lot. I think we all share your enthusiasm for that, and we all want to see Gwyneth kick a little ass,” he said. Marvel Studios President Kevin Feige seconded the notion of wanting to see it happen. ”Everyone at this table thinks it would be the coolest thing in the world to see Pepper get in the suit at some point,” he said.

Looks like they finally decided to implement the fantastic idea with director Shane Black.

ComicBookMovie.com reported the news in what I’m hoping wasn’t just a big game of telephone. They had the info from Brazilian entertainment site, Omelete, which no longer has the news online, but instead has a message that reads “information removed at the request of Disney.” Something tells me that’s a good sign. Here’s what CBM wrote:

A transcription of the spoilerific report, via Protocida, reveals that Tony Stark (Robert Downey Jr.) will eventually have an underground Hall of Armors with at least 16 new armors, including a few classic designs from the comics. Simon Philips also revealed, or confirmed, that Virginia Pepper Potts (Gwyneth Paltrow) will indeed get in on the action, this time by donning her own suit of armor.

We’ve already seen quite a number of suits in one of the Iron Man 3 posters, as well as a few different designs in a few photos, but we’ve yet to see a glimpse of Paltrow doing anything having to do with a suit of her own. (Mostly just getting caught by the bad guys and blown up.) But many of you know the character of Pepper Potts is more than just an assistant/girlfriend of Tony Stark, she’s donned her own armor as the hero Rescue in Marvel Comics. We don’t yet know if she’ll suit up for long in the film, if the armor will be a gift from Tony, or if she’ll cobble one together on her own to “rescue” her fella. I’m voting for the latter.

(via Blastr,  image via ladyavali)