Cool, I'm not going to have nightmares about women in feathered hats tonight. 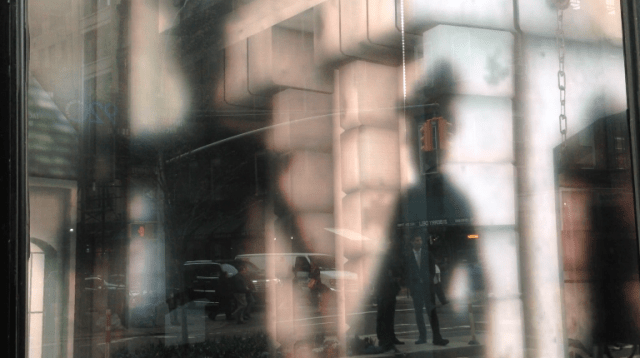 While Showtime has made the first episode of Penny Dreadful available online already, they certainly aren’t pulling any punches when it comes to promoting its May 11th premiere, as evidenced by the elaborately interactive displays they’ve placed in New York and Los Angeles for the next two weeks.

The windows depict an intersection in Victorian London that’s filled with artificially intelligent characters who interact with the people passing by. Typically this consists of shadowy ladies and gentleman walking around, bowing, and introducing themselves to their more corporeal counterparts on the street.

They do get a bit confused when you just stand there, however. Which makes sense, because how are they supposed to creepily walk behind you and fill you with an inexorable sense of foreboding and dread if you’re not actually going anywhere?

But as dreadful as they are, the shadowing silhouettes don’t hold a candle to the other eerie surprises that the gaming engine used to power the display’s AI occasionally throws into the mix. True to the spirit of gothic horror, you can also catch a glimpse of horse-drawn carriages, bats, lightning, rain, and spiders, and wolves if you stick around and watch for long enough.

The creative team behind the display tells us that the system projects up to 20 characters at once, depending on the type of foot traffic they’re getting. When someone interrupts the line of one of the displays depth-measuring LiDAR lasers (which are also used on radar guns and physical feature mapping tools), it triggers a reaction from the AI.

Considering the amount of work and effort it takes to do this sort of thing, you’d expect the hardware on the other side of the display to be pretty powerful. And you’d be right — stepping back “behind the curtain” feels like entering into a completely different genre fiction environment, but with computer technology instead of tarot cards. 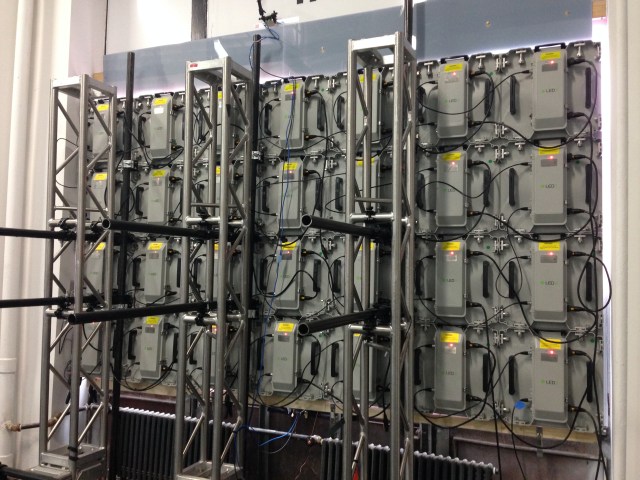 Above, the “Live Vinyl” (LED panels backlighting printed vinyl) and LiDAR lasers that bring the display to life. Below, a computer screen depicting what’s currently going on outside on the display. 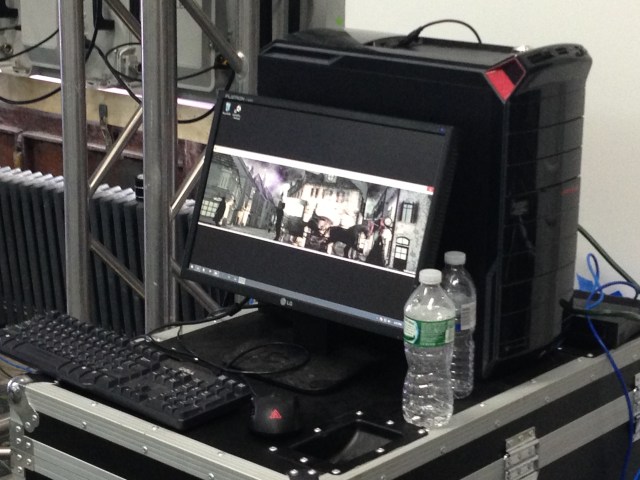 If you want to go check out the displays for yourself (and we recommend doing it at night for extra creepiness), one can be found in Manhattan on 21st St and Broadway, and the other in LA at the Roosevelt Hotel, 7024 Hollywood Blvd. You have until May 18th, which is coincidentally when the second episode of Penny Dreadful airs — and oh boy, is it a doozy, guys. You’re going to want to be parked in front of the television that night.

As a bonus, we also got a chance to check out the Penny Dreadful Collection, a republishing of the classic works of literature that inspired the show — The Picture of Dorian Gray by Oscar Wilde, Frankenstein by Mary Shelley, and Dracula by Bram Stoker. Though all of the books in the collection are public domain and easily obtainable by other means, this is a pretty gorgeous set of books if you’ve been looking for a new set of hardcovers. Aside from the collection’s name (which benefits from also being a common phrase that ties in nicely with the literary theme), there’s no explicit references or mentions of the show, which is refreshing. They could have gone the common movie adaptation route and plastered the promotional images of the actors playing each character onto these books, and instead they went with some very nice minimalist covers instead. 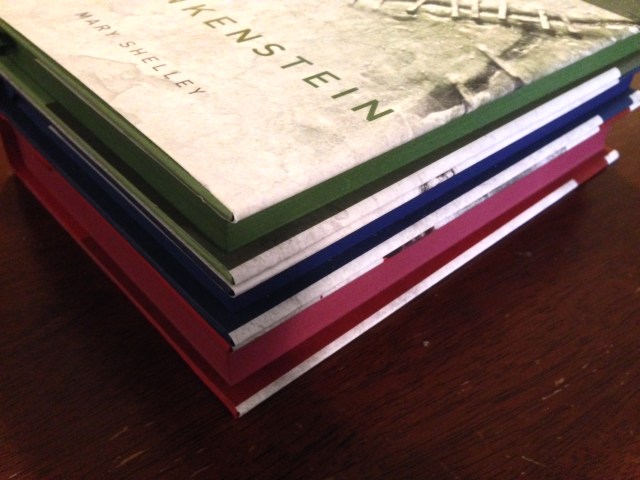 The books won’t start shipping until September, however, if the Showtime online store is accurate. But we recommend you start reading them anyway somewhere else, because you’re going to want to be up on your gothic knowledge when May 11th rolls around — you know, like maybe the maiden names of all the women in Dracula, for example. Just a suggestion.