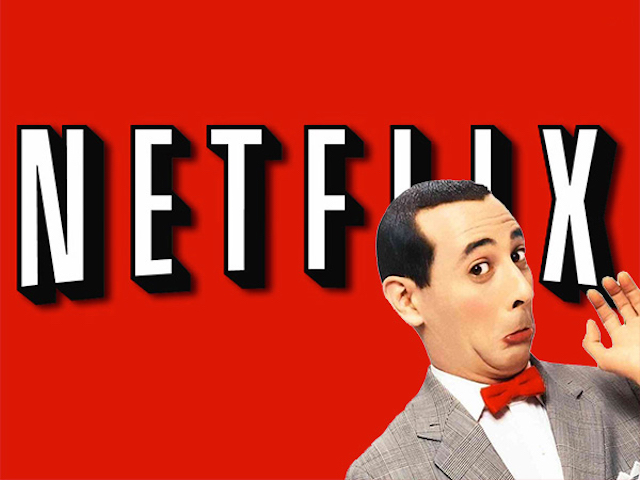 The film was written by Pee-wee himself, Paul Reubens, and Paul Rust of Comedy Bang! Bang! and Arrested Development, and it begins shooting in just three weeks! Netflix’s brief description reads, “In Pee-wee’s Big Holiday, a fateful meeting with a mysterious stranger inspires Pee-wee Herman to take his first-ever holiday in this epic story of friendship and destiny.”

The project was originally coming from Universal, but Netflix got the chance to snap it up and moved right in. Hopefully, this will help push the rest of the world forward into widespread digital distribution of feature films when Pee-wee and Netflix show everyone the light.

But like most projects that Netflix picks up when others falter, Apatow and Reubens are just happy that that the movie is happening at all. Apatow said in the press release, “As a fan of Pee-wee Herman since he first appeared on The Dating Game, I am thrilled to have the opportunity to work with the brilliant Paul Reubens on this film. It is a dream come true.”

Reubens added, “Judd and I dreamt up this movie four years ago. The world was much different back then—Netflix was waiting by the mailbox for red envelopes to arrive. I’ve changed all that. The future is here. Get used to it. Bowtie is the new black.”