Oh god it's EATEN HER LEGS 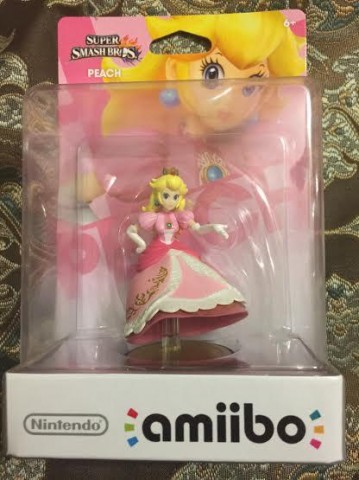 Those who’ve been following news of the latest Smash Bros for 3DS and Wii U are no doubt quite familiar with the abomination that lurks just between Princess Peach’s legs. That’s not innuendo, by the way—there’s quite literally a black void of nothingness in place of a panty shot when Peach goes flying. Now, it appears that nothingness cannot be contained.

This  Amiibo manufacturing error was found by a reader of Gamespot, who sent in the above picture—because obviously the figure must operate under the same rules as The Ring, so the guy had to make a copy of it and show it to someone else to survive its unimaginable wrath. That’s why we’re writing about this now, in fact. Please share it with your friends if you want to live.

Anyway, legless Peach figures can now, of course, be found on eBay. This one’s starting bid is $100, but other similar defects have seen bids upwards of $4,000. This is also the second defective Amiibo to make waves on the Internet, just behind the double arm-cannoned Samus Aran that officially sold for $2,500 on eBay. And before you make jokes that women are obviously too hard for Nintendo to animate, there are already reports of one-armed Animal Crossing villagers and visor-less Fox figures online as well. Nice to know its an equal opportunity travesty we’ve got going on here.

But back to Peach’s unmentionables: there’s still not a whole lot of Wii U-specific Smash Bros gameplay available online yet, but judging from the screenshots in this Reddit thread, it appears that the Peachchasm is not solely relegated to the 3DS launch: 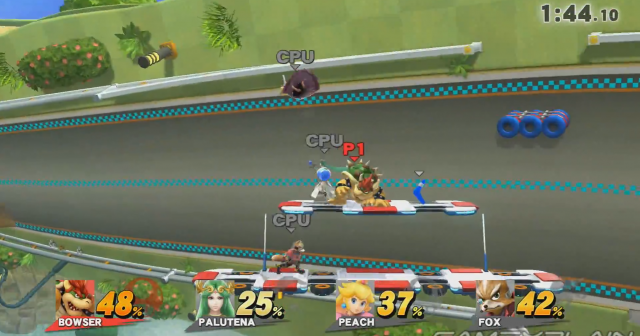