How Paypal Is Ruining Christmas For Regretsy And Countless Children 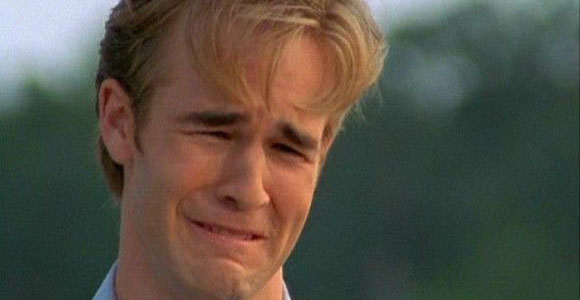 So apparently Paypal is making people cry. Again. This time their illogical sights have been set on Regretsy, the “fail blog” equivalent to Etsy. The site attempted a large gift exchange program for children in the Regretsy community but were unceremoniously shut down after Paypal decided helping children wasn’t a “worthy cause.” What’s the deal here?

As you know, Paypal is a monetary exchange service used by millions of merchants, most notably Ebay. Customers and sellers can exchange money for goods or services without having to personally handle credit card or bank transactions. It’s also been used for many charities in the past but somewhere along the way, Paypal decided to turn into the Grinch.

Helen Killer, aka April Winchell, posted a blog on the Regretsy website detailing an ordeal she had with a customer service representative from Paypal. Having participated in several charitable endeavors in the past, Winchell decided this holiday season to hold a gift exchange. “We took many applications, vetted them carefully and set about creating a giant gift exchange program, where you could buy a gift for the over 200 children we’re helping,” she wrote. “We raised so much money that we found ourselves in a position of not just being able to send toys, but to send a monetary gift to the families as well. We hoped it might help them make their holiday dinners more special, or maybe pay a pressing bill.”

And then Paypal told them they couldn’t. “Apparently we made the mistake of using the ‘Donate’ button, which Paypal is now claiming is only for nonprofit organizations to use. They froze the account, which also includes Zazzle money that we use to make emergency gifts,” wrote Winchell. “So last night, I decided to go about this a different way. Since these toys are already purchased, I decided to offer them up for sale on this site, just like any other retailer would. You could buy them according to what you wanted to spend, and we would send them on to the recipient of your gift, just like any other retailer.” Paypal shut that effort down too.

Here’s a portion of her time talking to customer service:

I did a little digging and Paypal’s Website Payment Standard Integration Guide (in pdf form here) is the only pdf I could find with mention of the Donate button and causes. Here’s a screenshot. 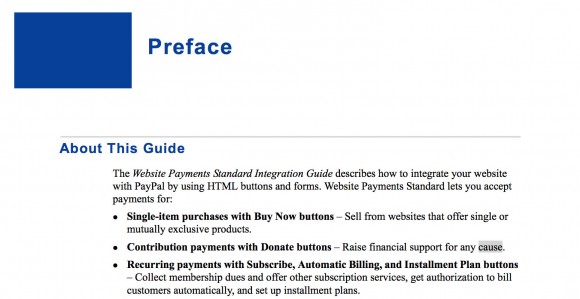 “Raise financial support for any cause,” it says. I’m not entirely sure if this was the pdf Winchell was referring to but it sounds similar. Paypal doesn’t even put the qualifying “worthy” on there. Regardless the Green Geeks blog pulled a few other choice sections of Paypal’s policy. Check out there site for several more but for instance:

I understand companies have to outline their policies but when they don’t follow them themselves, that breeds contempt and chaos among other things (Facebook is still learning that lesson). The conversation with Paypal got increasingly weird though.

ME: The problem is I’ve already bought all of these toys, so now I’m really in a position like any other merchant – which is to say, I have inventory I need to sell. Why can’t I sell them as gifts, like any other retailer?
PAYPAL: Don’t you think it would look suspicious if the same people bought them again?
ME: Why? These are my customers!
PAYPAL: If you wanted to do that, you’d have to start a new website.
ME: What? Why would I start a new website?
PAYPAL: I’m not going to argue with you.

PAYPAL: The only way you’d be allowed to sell these as gifts is if you sent them directly to the person who bought them. And we will track your shipments and make sure it goes to the buyer.
ME: That’s discriminatory! You don’t make other retailers send purchases to the buyer only, especially not at Christmas.
PAYPAL: No one but a nonprofit would send gifts to someone else on buyer’s behalf.
ME: What about Amazon?
PAYPAL: We know what you’re doing and we’re through playing games with you.

PAYPAL: You say you’re selling these as gifts but there is no information as to what the gift is.
ME: People sell mystery gifts and grab bags all the time. What about sites where they say, let us choose for you?”
PAYPAL: It doesn’t say that on your site.
ME: Is that the problem? If I say it’s a mystery gift would that be sufficient?
PAYPAL: You aren’t going to be able to get around this. It’s too late, we know what you’re trying to do and we’re not going to let you do it.
ME: But there are hundreds of toys! Do you think it’s reasonable to create a drop down menu for hundreds of gifts, all of them different, and create an inventory for each as “one?” So that every time one sells, it’s sold out, and the customer has to keep choosng options and going through check out to see if they can find a gift that’s still available?
PAYPAL: Yes, I think it’s reasonable.

The worst part about this frustrating exchange is the representative refused to let Winchell talk with anyone above him/her at Paypal. “No one above me will talk to you,” they told her. “No one at my level ever makes phone calls. We’re only doing this to help you.” And it gets worse…

When I asked how to close my account, he said I had to “refund everything, write a letter saying you understood what you did WAS WRONG AND YOU WILL NEVER DO IT AGAIN, and then request permission to close your account.”

Then, for good measure, they froze my personal account, which has revenue from my book sales, e-books and all the other Finnish Folktales Swag. They’ll be holding that money for 6 months.

After rightly being called out all over the place, Paypal finally posted a statement on their website from Anuj Nayar, Director of Communications, responding to the issue at hand.

Last night we became aware of an issue with one of our account holders, Regretsy.com. Though we can’t comment specifically on the account due to our privacy policy, we can confirm that the funds have been released and we are working directly with the account holder on this matter. Just like anyone else, we believe strongly in helping those in need, especially around the holiday season. We are making a donation to Regretsy to help their cause, and we’re truly sorry this occurred.

For background, we have clear guidelines for any business that uses PayPal to accept donations. For example, we require certain documentation to prevent misuse of the donated funds and, if the recipient claims charitable status, to determine whether they are properly registered. We do this to protect our customers and to protect our business.  As a regulated payment service, we’re also required by law to follow these guidelines.

We appreciate that this can be an inconvenience, but we have a responsibility to all our customers – both donors and recipients; and buyers and sellers. In this instance, we recognized our error and moved as swiftly as possible to fix it.

I’ve heard some real horror stories about Paypal but this takes the cake.

EDIT: Although Paypal has made this statement saying they are going to make a donation and are working with her, Winchell has now posted that she has not heard from the company about that at all but will let the world know when she does.

EDIT #2: The latest from Winchell, “I just spoke with Paypal and had an encouraging conversation. They have apologized and made several concessions which are very much appreciated.”

(via I Heart Chaos)