Let’s Help Paul Ryan Learn How to Use GIFs, Which He Just Learned Are a Thing 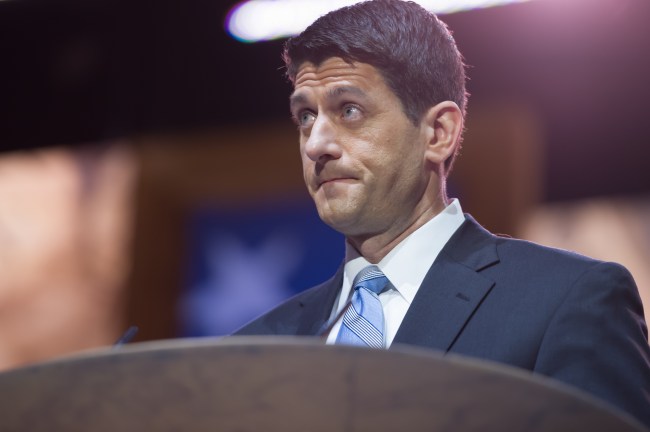 Given that vast majority of the Republican party seems to be stuck in the last century when it comes to civil liberties, it shouldn’t come as a surprise to know that’s where their technological abilities are as well. In an interview this week, Paul Ryan revealed that he just discovered GIFs. Like, a few weeks ago.

Mike Allen asked him about the “new, fun addition” to his texts. Ryan responded in the most Paul Ryan way possible without also screwing over millions of Americans. “Yeah! I learned this … You’re talking about GIFs, or giphies? What are these things called? GIFs? Yeah, these things are awesome! I learned about this thing three weeks ago, I didn’t know. Someone sent me one.” So, he clearly just downloaded the Giphy keyboard, right? And now he’s sending “giphies” to “people who really wouldn’t expect it from [him],” saying “it’s fun to watch their reactions.”

Since he’s new to the GIF game, we’d like to help him out with a few suggestions perfect for situations he’s likely to find himself in.

Like here’s one for when an entire country just wants you to do your damn job and serve your constituents:

When you do everything in your power to deny women access to contraception, abortion, and basic health services.

Actually, let’s not limit that to women. You want to deny EVERYONE (except the super rich, obviously) health care.

When you’ve decided that Donald Trump’s credibility is the hill you’re going to die on, but then Trump keeps, you know, doing things and saying words out loud.

When you think people are maybe buying that anything you say has any substance to it whatsoever.

TFW you learn you’re officially the most hated leader in Congress: