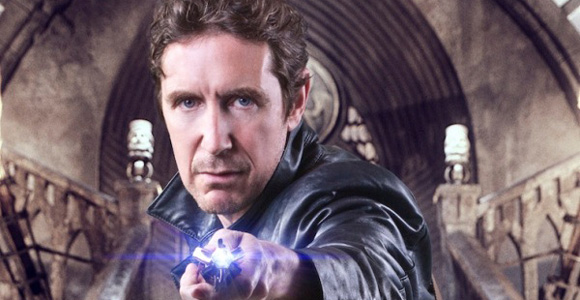 While British actor Paul McGann only got to play the Doctor on screen once, he’s continued the role of the 8th Doctor for several years in Big Finish audio dramas and has never lost affection for the sci-fi series. So wouldn’t it be nice, says this fan, if he appeared in the 50th anniversary special?

We have confirmation 10th Doctor David Tennant is in, 9th Doctor Christopher Eccleston is out, but we’re still shaky as of last week in regards to 6, 7, and 8. But McGann is of the mind that Eccleston’s no-show may be a good sign for him.

“I think Chris Eccleston is probably a big factor. He’s probably reluctant to get involved in anything that’s ongoing,” he told Express.

And while McGann hasn’t heard from anyone at the BBC about being involved in the anniversary episode, he’s not putting it past them to ask at the very last minute. He said, “They’ll call us on the Friday and say, ‘You’re starting on Monday.’”

While some of the other actors who played the Doctor have aged considerably since their time on the show, that doesn’t factor in for McGann. See, we never saw his regeneration into Eccleston so he could have aged naturally to look the way he does today. Though from all we’ve heard so far, it doesn’t look like Steven Moffat has a large-scale Doctor return in mind for the anniversary episode. I’ll still cross my fingers for McGann.