Jennifer Lawrence Almost Passed On Hunger Games, Someone Else Did | The Mary Sue 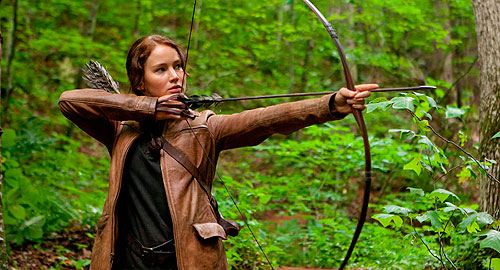 The amount of “what ifs” in Hollywood is probably staggering but can you imagine if Jennifer Lawrence said no to The Hunger Games? But we don’t have to and we have Lawrence’s mom to thank for that. Now if only another actor had sought out advice from dear old mom before passing on Catching Fire…

Lawrence reportedly considered saying no to the Suzanne Collins franchise for three days. Mostly because she liked working on smaller independent films. “Just saying yes to this one thing could completely change my life, and I don’t know if it’s going to be for the better,” she said this weekend at the Toronto International Film Festival.

But a chat with her mother made her realized her mindset was a bit hypocritical.

So she said yes. “The truth was, in the bottom of my heart, I wanted to do it. I wanted to play this character. I was scared of the aftermath, but you can’t say no to things because you’re scared. You just have to go for it.”

They also got Lawrence to talk about the splitting of the third book Mockingjay into two films. She was skeptical “until I heard how much money I would be getting,” she joked.

“You want everything in there, but you don’t have enough room, and you’re trying to decide what’s going to get cut and what isn’t. So it was a relief on the last one to know that we don’t really have to cut anything. We have enough time, we have enough room to really tell this story to the fullest, and we don’t need to cut anything,” she said. “So that’s my artistic answer. It’s a very diplomatic answer. But what I’m really thinking is yacht, yacht. My own island.”

We’re thankful for Lawrence’s mom and her final decision but who actually said no to the blockbuster franchise? Tron Legacy actor Garrett Hedlund, who was up for the role of Finnick. Why? Because he didn’t have enough time to read the books.

“They did [approach me],” Hedlund told to MTV. “But I was working on this film at the time. We shot the whole film in 23 days and I was really immersed in it. I couldn’t get around [to reading the ‘Hunger Games.’ Everybody around me is flipping out about the books, and I didn’t really have the time to sit down lately to read any book, not just ‘Hunger Games.'”

You know, it’s too bad no one made a two-hour movie he could have watched instead…