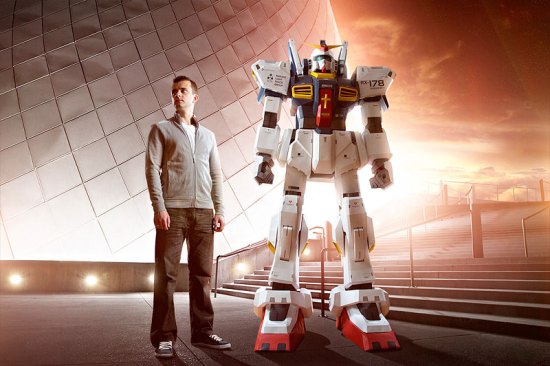 There are some people that are destined for greatness, and then there are people like Taras Lesko who are apparently destined to build progressively larger Gundam models out of paper. In 2010, he constructed a rather impressive four-foot model of the Freedom Gundam. With nowhere to go but upward, he tackled a model nearly twice as big. Standing at seven feet, his Gundam Mk-2 weighs 10 pounds, has 1,250 individual parts, and is comprised of 720 pages of paper.

While impressive in its own right, watching Lesko print, fold, and assemble the behemoth is truly jaw dropping.