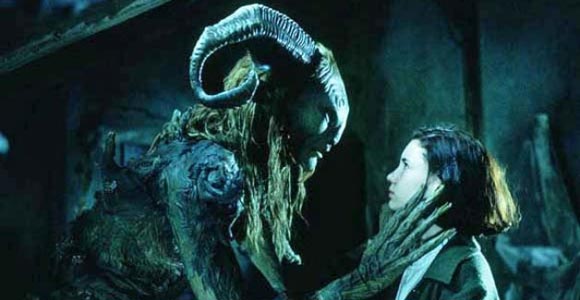 I just got finished saying the other day that Guillermo del Toro needs to stop talking about all the projects he’s going to do and actually make some and here he is adding fuel to the fire. Not with a completely new project, oh no, with a musical version of his 2006 dark fantasy, Pan’s Labyrinth. Do Re Mi Fa So La Ti No!

I’m just gonna put this out there – Pan’s Labyrinth freaked me the hell out. I’m usually all for films like it but for some reason, I could only watch it once. So there’s that. But really? A musical? Of this?

Yup, del Toro has hired a writer to work on transforming his creepy fairy tale into a musical.

“The 2006 Guillermo del Toro-directed film is about a young stepdaughter of a sadistic army officer who finds refuge and terror in a fantasy world in 1944 Fascist Spain. The stage version already has a book that has been written by del Toro and Jeremy Ungar,” writes Deadline.

Paul Williams, the voice of the Penguin in Batman: The Animated Series., is in charge of writing lyrics for the music. He’s an Academy Award-winning composer who has written songs for David Bowie and Daft Punk and wrote “Rainbow Connection” from The Muppet Movie. Composer Gustavo Santaolall (Brokeback Mountain, Babel) will write the actual music.

“I admire and love Gustavo and Paul wrote the perfect album in Phantom Of The Paradise, which I have loved for decades,” said del Toro.

Will this ever see the light of day? Who knows, del Toro is literally talking about making something else every other week. Would you watch it?