Deforestation Can Wipe Out Microbial Communities | The Mary Sue

The Littlest Extinction: Amazon Deforestation Wipes Out Microbial Communities, Too 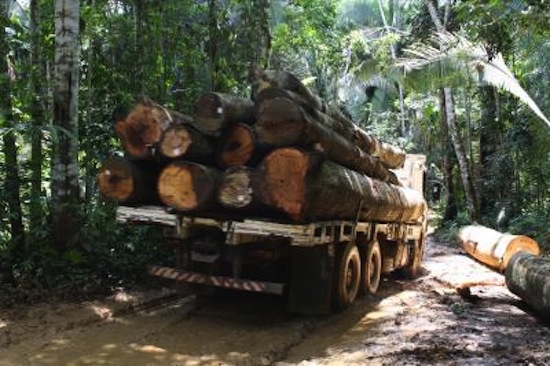 Deforestation can wipe out trees and cause habitat loss that leads to the extinction of animals like birds and mammals. Some of the impacts of massive, sudden tree loss in places like the Amazon, though, may have been too small to notice until now. Reporting this week in the journal Proceedings of the National Academy of Sciences, an international team of researchers found that deforestation can profoundly change the makeup of bacteria in soil, wiping out microbial communities that help to make ecosystems unique.

It’s not just that diverse microbial communities make ecosystems unique — they also make them hardier and less vulnerable to stress, imbuing the land with a sort of hybrid vigor. When just a few microbe types dominate large stretches of land, they could be easily wiped out by a stroke of bad luck, leaving the land less fertile and making it harder to effectively grow trees on it in the future.

Jorge Rodrigues, a co-author of the study from the University of Texas at Arlington, says:

“We have known for a long time that conversion of rainforest land in the Amazon for agriculture results in a loss of biodiversity in plants and animals. Now we know that microbial communities which are so important to the ecosystem also suffer significant losses.”

The microbes that populate soil are responsible for a wide range of processes, including nutrient recycling and water purification, so changing their makeup can change the way an ecosystem looks irreparably. The team hopes that their work will help lumber producers and conservationists alike understand how logging can transfrom a landscape, and lead to more sustainable, responsible practices in the industry in the future. That’s an effort in which we wish them a heartfelt, but ultimately less than hopeful “Good luck with that.”