Yak Insurance Could Help Save Snow Leopards | The Mary Sue

How Yak Insurance Could Help Save The Endangered Snow Leopard 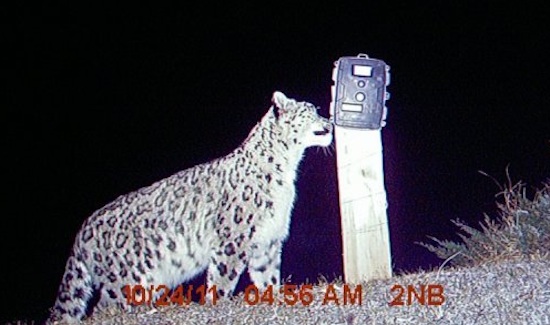 There are a lot of troubles facing endangered snow leopards in the Himalayan mountains that conservationists and others working to save the big cats can’t really control — habitat loss, poaching,  and Yeti rampages, just to name a few. In the interest of lighting a candle rather than cursing the darkness, though, Nepalese yak herders have decided to do something about one of the dangers to the cats: The herders themselves, who are known to shoot the animals to protect the lives — or avenge the deaths — of the yaks they depend on for their livelihoods. To do so, they’ve pooled their resources and worked with the University of Zurich to create a yak insurance fund that covers the loss of livestock to snow leopards, preserving farmers ability to feed their families and offering less incentive to hunt down snow leopards in the wake of the death of their yak, sheep, or goats.

While the insurance fund was set up with a donation from the University of Zurich, the program itself is administered by local farmers and herders. They pay and collect yearly dues of about $1.50 per yak, as well as confirming that kills are actually the fault of snow leopards to ensure that others aren’t trying to game the system. One of the founders of the program, herder Chungda Sherpa, recounts how he became involved in trying to find a better way to help leopards and herders live in harmony after he killed three snow leopard cubs he found next to the body of one of his slain yaks. Caution: do not read the following account if you’re not into weeping openly:

“From that night onwards the mother snow leopard started crying from the mountain for her cubs, and my cattle were crying for the loss of their calves. I realised how big a sin I had committed and promised myself that I would never do such a thing in the future.”

Now, Sherpa and others like him can be reimbursed for the livestock deaths caused by snow leopards — so far, the program has paid out claims on over 200 head of livestock claimed by the estimated 300 or so leopards still living in the mountainous wilds of Nepal. That may not sound like a ton, but it’s 2oo less reasons for herders to get very reasonably upset and vent their anger on the feline culprits. If they’re going to survive in the wild, Nepal’s snow leopards will need every bit of help they can get.