Watch the First Trailer For Pan, aka the Most Racist Of Recent Peter Pan Projects

Clap if you are so sick of this shit.

Joe Wright’s Pan follows the grand tradition of live-action films revealing a “new side” of familiar characters from the J.M. Barrie tale. In established Neverland custom, it also features horribly racist whitewashing: Rooney Mara plays Tiger Lily. It’s 2014, Joe Wright. At this point the only “untold” Peter Pan story is the non-racist one.

Does the Pan trailer feature gorgeous, fantastical imagery and some incredible actors? Yep. Does Hugh Jackman’s moustache deserve a movie of its own? Yes; Michael Bay is in talks to direct. But all of the film’s appealing elements are negated by the choice to perpetuate Pan’s historic racism by casting a white woman as Tiger Lily. All of these actors are better than that. The film’s premise is better than that. Joe Wright is better than that. Our friend Rebecca Pahle perhaps says it best:

#Pan‘s Tiger Lily is whitewashed AND it looks like a Michael’s threw up all over her. pic.twitter.com/e17da3JmGc 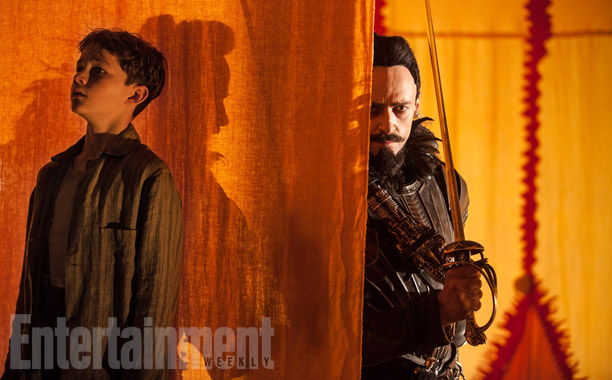 (Via Collider and EW)