White Woman Rooney Mara Might Play Tiger Lily In Pan, Because 2015 Needed Its Own The Lone Ranger 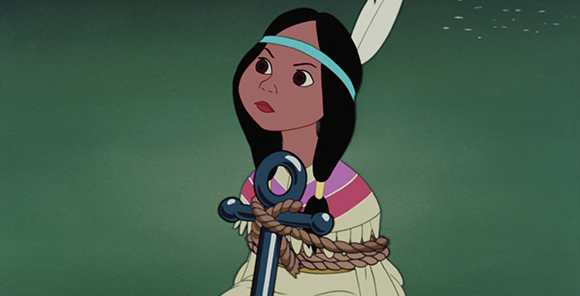 According to The Wrap, Rooney Mara is “in negotiations” to play Tiger Lily in Warner Bros.’s Peter Pan origin story. Look what you did lending Redface: The Movie an aura of respectability by nominating The Lone Ranger for a Best Makeup Oscar, AMPAS. Look what you did.

To recap what we know about Pan so far: It’s a Peter Pan origin story. It’s directed by Joe Wright (Pride and Prejudice, Hanna, Atonement) and so far stars Hugh Jackman as Blackbeard and a Garrett Hedlund as a young’n’sexy pre-Captain Captain Hook. Deadline described it as a film in which Peter is the “savior of the natives” of Neverland, which I was a little skeptical of, because what movie, in the 21st century, would be so blatantly, toxically racist, on top of clueless enough to think that “Peter Pan, savior of the natives” is an OK thing to present to an audience of millions, many of them children?

Apparently I may have been a little overly optimistic there. Because also falling under the “blatant, toxic, racist, clueless” category: Whitewashing Tiger Lily. I should have seen this coming. Star Trek Into Darkness. The Lone Ranger. Teenage Mutant Ninja Turtles. What a sweet summer child I was.

But Tiger Lily being a problematic character isn’t an excuse to cast a non-Native American actress. Rather, it’s the same as it was with The Lone Ranger: The key to bringing a racial caricature forward to the modern day isn’t to disregard that person’s race but to change the character so they’re not a racial caricature. Jesus Christ. It’s not that hard. There’s something to be said for “loyalty to source material,” but early 1900s racism is not one of the things you need to keep.

Wright seems to at least be conscious of the fact that the original Peter Pan has some serious issues going on with race: The Wrap notes that he’s “planning to create a world that [is] very international and multi-racial, effectively challenging audiences’ preconceived notions of Neverland and reimagining the environment.”

You know a good way to make Neverland “very international and multi-racial”?

Hire an “international and multi-racial” cast. You have Jackman and Hedlund. Step away from the white people for a while.

I can’t believe I have to spell this out for you.

There’s still time to rescue this. Prove the rumors false. Cast a Native American actress as Tiger Lily. Ditch the white savior vibe. Joe, I like your movies. I like Peter Pan. I want to like Pan. Stop thwarting me.