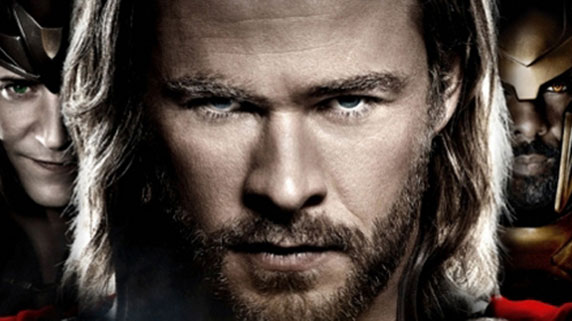 Thor came out in theaters on Friday, and while it’s getting some good reviews, the actual Thor-worshiping pagan community has had a mixed reaction. Apparently, some pagans felt that the Norse gods depicted in the movie based on the Marvel comic were not represented in a very respectful manner. Meanwhile, in Iceland, the country’s Pagan High Priest is totally cool with it.

First, the offended parties. Eric Scott at Killing the Buddha laments that the efforts behind the commercial success of the decades-old comic book and its film adaptation didn’t seem to consider the small number of people who still worshiped Norse gods:

The truth is, I looked at the toys in my hands and I saw the result of millions of dollars of development and thousands of hours of manpower, put into something bearing the name of a god, my god, and it had nothing to do with me. Their Thor was a god forgotten by all except the few quiet geeks who read his adventures in Journey into Mystery and The Mighty Thor for forty years. It wasn’t that they meant to upset or unsettle me; they simply realized that people like me were too few to matter. It’s impossible to think of a story about Jesus like this, not written to pander to or irritate Christians, but simply not considering them at all.

True, movies like The Passion of the Christ, The Last Temptation of Christ, and even The Life of Brian were not made under the impression that Christians did not exist. They were all well aware that Christians were a large part of the moviegoing audience. But Thor isn’t based on Norse religion directly. It’s based on a comic that’s loosely (loosely) based on Norse myths. For example, Thor of the comics is actually a god, where the movie Thor is a (spoiler?) member of a highly advanced alien race. One may as well complain about Stan Lee’s interpretation, not Kenneth Branagh’s.

In any case, as it is with all religions, there’s no monolithic face to the believers, and some opinions differ. Such as Iceland’s Pagan High Priest Hilmar Örn Hilmarsson, who said that the Norse gods have been depicted in literature and other media for centuries, including in “the music of Elgar and Wagner.” So, another story about Thor in pop culture won’t hurt anyone. Some even see this as an opportunity to introduce people to the Norse deities.

Are good stories — true, religious, mythological, all or any of the above — a bad thing? Definitely not. And neither is whetting appetites for learning about real ancient religions. Or am I the only one who watched Hercules: The Legendary Journeys?