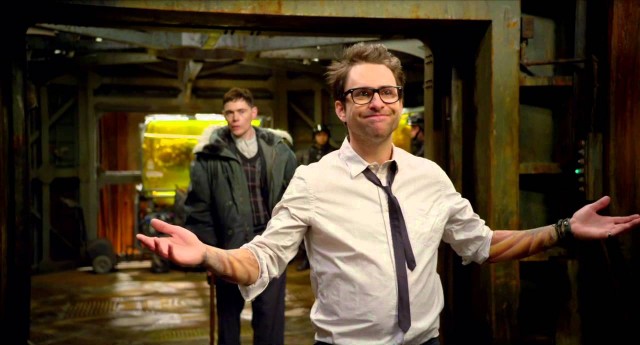 Some directors, like JJ Abrams, will go to ridiculous lengths (including lying!) to stop the public from knowing anything about their upcoming films. Other directors are Guillermo Del Toro.

In speaking with Collider about his show The Strain, Del Toro dropped some more Pacific Rim 2 details that will bring us all joy. According to Del Toro, the sequel will take place “a few years after the first one”:

Though we don’t yet know exactly what has become of our faves from the first film, we do know we can look forward to the return of our Kaiju nerd gang:

Two of our main characters, like in the first [film], are Burn and Charlie. They are really, really – I mean, honestly, they are probably the guys I have the most fun writing along with Hannibal Chau so just from a purely selfish drive, I like writing them. I love writing for Charlie and Burn. I mean, [Burn’s] in Crimson Peak for that reason, because I love working with him. You’re gonna get a lot of that, but the Kaijus are very different and you’re gonna see a very different type of the robots I think. It’s gonna be quite a different adventure.

I would love to see Geiszler (covered in new tattoos, of course) working with Hannibal Chau on some weird new tech they dreamed up while drifting with Kaiju. Ahhhh excuse me, I have to go write some fanfic.