See you in the drift. 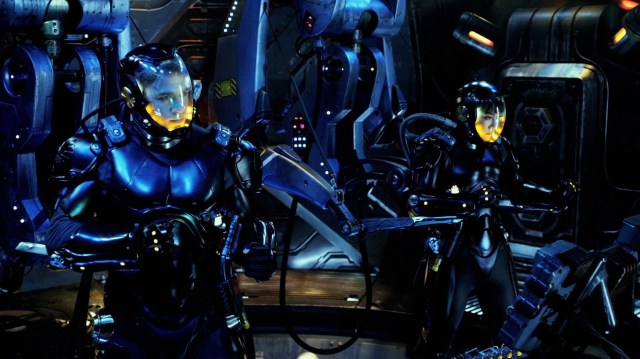 If you’ve always wanted to pilot your own Jaeger (and let’s face it, who hasn’t), have hope; for the first time ever, a study has proven that two people can transfer thoughts between their brains without the help of talking, writing, or any sort of invasive technology. I think I would like to name my Jaeger “Feminist Killjoy.”

Scientists from Duke University published a study called “Conscious Brain-to-Brain Communication in Humans Using Non-Invasive Technologies” this summer, in which they establish for the first time ever that “mind-to-mind” communication between “conscious activity” of two people is entirely possible.

“We wanted to find out if one could communicate directly between two people by reading out the brain activity from one person and injecting brain activity into the second person, and do so across great physical distances,” said one of the researchers. “Could we develop an experiment that would bypass the talking or typing part of internet and establish direct brain-to-brain communication?” 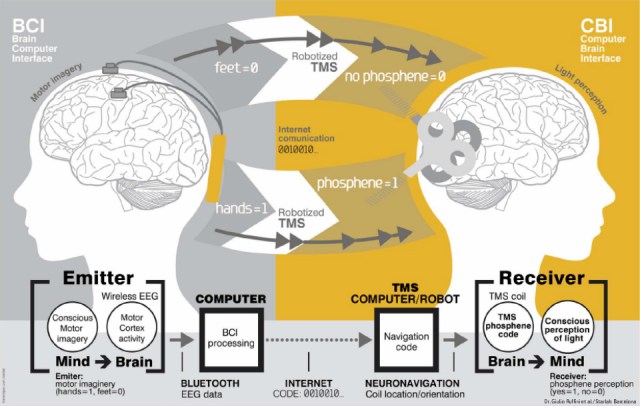 Spain’s Dr. Giulio Ruffini and his team used electroencephalograms (EEGs) and “robot-assisted and image-guided transcranial magnetic stimulation technologies” connected by the internet to conduct their experiment. Basically, one person thought ‘hola’ really hard; then, the scientists took that person’s brainwave pattern as an electrical signal, and shoved it into the internet.

On the other end (5,000 miles away!), the second person received the brainwaves as light flashes that they were able to decipher. They did the same thing for the word ‘ciao,’ with an error rate of only 15%.

There is no data on whether or not a machine that sounds strikingly like GLaDOS had anything to do with the experiment.

Though systems like this have existed for some time for human-to-computer communication, this is the first time a human has been on the receiving end of the brain signals. Such awesome tech could completely change the way we communicate with each other, and would be especially helpful for the disabled, or those who have difficulty communicating through speaking or writing.

The paper even suggests that this could lead to “the non-invasive direct transmission of emotions or feelings or the possibility of sense synthesis in humans,” but I hear you’re not supposed to chase the rabbit.

Previously in the best movie ever