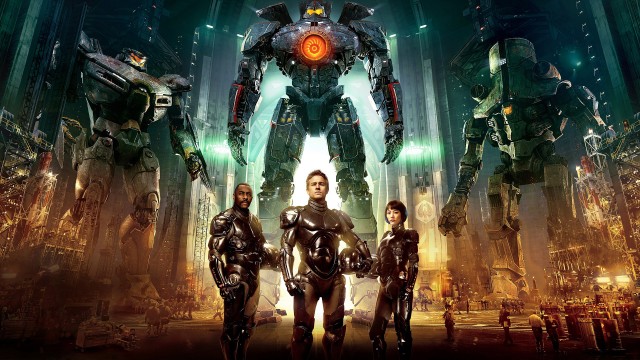 We may not have our first official art from the film yet (oops), but we do have some news from Guillermo del Toro about Pacific Rim 2—and beyond!

In an interview with Collider, del Toro said that Pacific Rim 2 (due to release with Legendary Pictures on April 7, 2017) is well on its way:

This is for real, Mako.

Or at least we hope we’ll be seeing more of Mako. Del Toro said that the sequel will see “some of your favorite characters come back, some others don’t because we have decided that we’re going to shoot ambitiously and say ‘Let’s hope we have three movies,’ so some characters come in at the end of the second, hoping that it will ramp up on the third one.”

One fan favorite we might see return to our Jaeger hearts is Hannibal Chau, as Ron Perlman has recently said that he would be open to returning to the fill the gold-tipped shoes. “Yeah,” said Perlman, “as they say in Hollywood, it’s ‘in talks.'” Perlman also said that they’re discussing Hellboy 3, because it’s a film “worth fighting for.”

Though the Pacific Rim 2 script is only in first draft, the folks over at Air Herald are speculating that a Godzilla crossover could be in the works, since both kaiju franchises are owned by Legendary.

Since we have no idea what this movie is going to be about (beyond “a very different experience from the first one”), how about we just bring Idris Elba back somehow and have him hang out a ton with Hannibal Chau?

Previously in the best movie