OwnFone Cuts Away the Mental Clutter of Smartphone Life 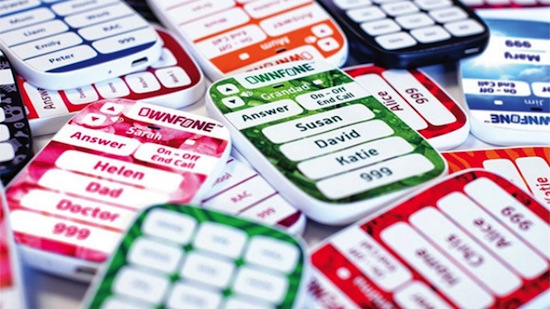 Have you ever reached a place where you questioned the merits of having a smartphone? Having access to so much information at all times can, every so often, get in the way of living in the moment, breathing in the fresh air, enjoying a quiet moment, or, you know, not walking into people on the street. In the United Kingdom, one company has decided to take the idea of the “dumbphone” to its logical conclusion. Feast your eyes on the OwnFone. A tiny, custom-made phone that can only communicate with a small set of preset numbers.

Here’s how it works: When you buy an OwnFone, you choose two, four, eight, or twelve numbers, label them however you like, and choose a color scheme. The phone has no other buttons, so adding 911 (or 999 in the UK) is technically optional, though highly suggested. According to their website, OwnFone plans to add custom skin options eventually, as well as braille lettering for the buttons.

Priced at an affordable £55 (just under $87 USD), with a $12/month plan, the makers of OwnFone realize that their product isn’t exactly realistic as a primary cell phone for most people, but feel that customers might want to use one as a backup for emergencies. It could also be a viable option for young children or seniors uncomfortable with increasingly complex standard cell phones.

Obviously the phone has a lot of potential problems; changing one of your numbers means calling customer support and, ideally, buying a new faceplate to match. More importantly, not only is the OwnFone limited to calling a small group of numbers, it can only receive calls from those numbers as well. Using one as your primary means of communication means pretty much cutting yourself off from the rest of the world. Then again, that was kind of the idea, right?