Overwatch's D.Va: The Gamer Girl We Deserve | The Mary Sue 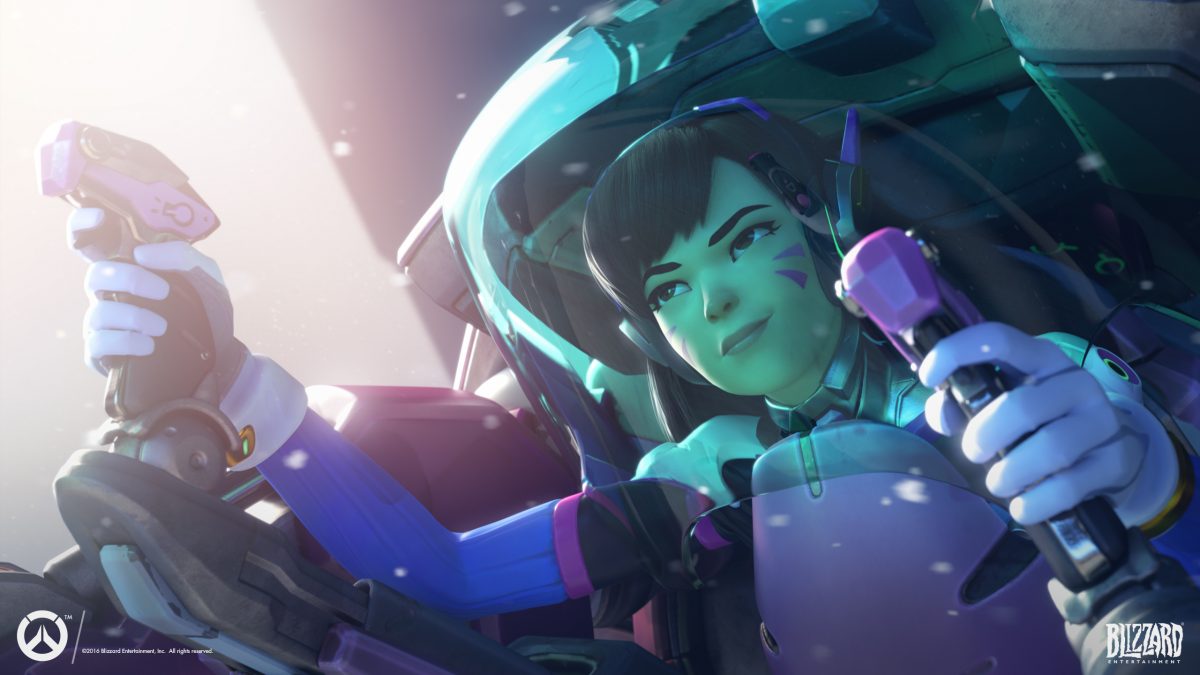 I remember being younger and wanting to really see a fictional character that was a gamer girl, but I never saw any that really stood out to me—not until I was in college and Overwatch was released.

Overwatch, Blizzard’s online multiplayer FPS, requires teamwork across a plethora of different maps and hosts a wide cast of characters. Characters hail from across the globe and present plenty of different play options, from classic quick-fire with Soldier: 76 to more defense-based play with Mei. Not only in terms of play styles, Blizzard has done an awesome job in creating a diverse set of characters that people can get excited for.

Amidst the huge cast of characters Overwatch offers, D.Va quickly became a fan (and my personal) favorite. And rightly so! She’s a professional eSports player turned mecha pilot. That’s practically a dream scenario for some people, whether you want to play games professionally or you dream of piloting a giant robot. (Because who doesn’t love giant robots?)

While D.Va’s backstory might not be quite as out there as some of the other Overwatch characters, it follows her from being a teen playing video games to becoming a MEKA pilot. MEKA, in the world of Overwatch, is the Mobile Exo-Force of the Korean Army. They were originally a drone unit used to fight against large omnics (artificially intelligent robots) that were coming out of the South China Sea, but the army eventually started to use pilots in giant mecha, recruiting lots of pro-gamers for the program, including D.Va. She’s well known for her elite skills and fierce competitive nature, making her a perfect mecha pilot for the MEKA division. In short animations, we see her charging into battle against the omnics and fighting alongside the other characters in game, putting all her gaming skills to good use.

Cringe-worthy “gamer girl” memes have been permeating the internet since I was a young teen, as well as a general dislike of women who game, especially in more recent years. From harassment reports on voice chat and streams to a sense of gatekeeping video games in multiple forms, there’s been a very not-so-welcoming past for women in gaming, but changes are coming. With more women gaming and becoming involved in eSports, women are quickly becoming a much more noticeable part of the gaming community than ever before. D.Va’s managed to work her way into lots of people’s Overwatch repertoires, and having a popular “gamer girl” that just about everyone likes in such a major game only increases that visibility.

As a player, I really appreciate her gameplay mechanics. She’s really maneuverable and just a fun character to play in a team setting, but what stood out for me was that she was about my age and a very serious gamer. I’ve been playing video games since I was at least 4 or 5, and I couldn’t remember seeing a female character that was as into games as I was until D.Va. It’s really satisfying to see someone that you can relate to so much in any kind of media, especially in a game where you can truly immerse yourself in that experience.

Having a girl gamer in Overwatch shows that stereotypes can be remodeled and broken. There are female characters who game in all kinds of media, but D.Va stands out thanks to her personality and story. She embodies some of the best parts of being a gamer. From quippy one-liners, offhand references, and a penchant for streaming just about anything to her followers, D.Va brings some of our favorite tropes to life—things we don’t often get to see in a gamer girl except when negative connotations are attached.

D.Va gives women and girls a badass gamer to root for in the crazy world of Overwatch. She’s a leading mecha pilot, a pro-gramer, and the youngest character in the game. She appeals to a wide audience in a practically perfect way and really showcases some of the best parts of being a gamer. For me, it was important to see a character like D.Va even when I was well into college, because she was someone I could connect to in a variety of ways, and that’s what makes her the gamer girl we really deserve right now.