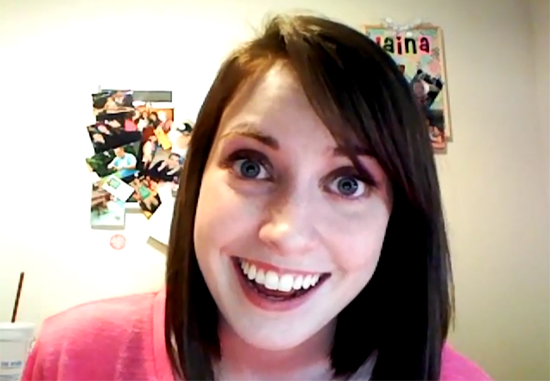 How one segues from minor Internet celebrity status to the rest of their life is probably an important indicator of their personality. After all, the sudden onset of celebrity status is often associated with horrifying results. Just look at what Lindsay Lohan has become and compare her current state to the Lindsay Lohan of The Parent Trap, and you’ll understand completely. As a more positive story, however, it looks like the girl of Overly Attached Girlfriend fame has now moved on to promoting charity.

Specifically, Laina Morris is now supporting an autism camp called Surf Camp where autistic kids do exactly what it sounds like they might do there. In an effort to raise money for the nonprofit organization behind the camp, Morris has started a video series called Dare to Share. Much like the name of the camp, this series has pretty obvious connotations.

The video itself is of somewhat poor quality, but Morris’ presence will surely still push donations. If nothing else, her heart appears to be in the right place.