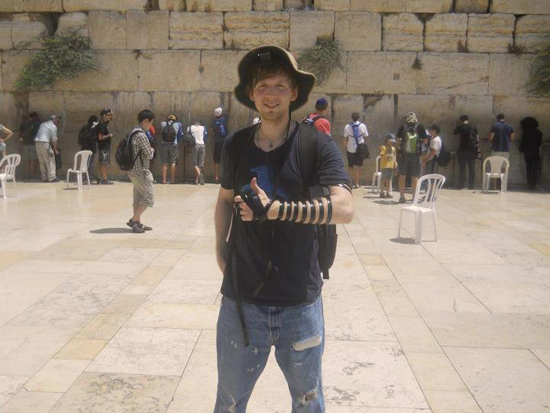 Meet Alexander Rhodes. Like many aspiring actors, Rhodes has accepted a couple of bit parts in order to further pursue his dream of becoming a serious acting force with which to be reckoned. Success doesn’t just happen, it’s a process. Well, unless you somehow manage to garner the collective interest of reddit’s hive mind. After posting his IMDB profile on reddit, Rhodes has suddenly shot up to the 8th most popular actor on the site.

As of right now, he’s sitting comfortably between Anna Kendrick and Damian Lewis. In his most recent gig, he’s billed as Suspicious Onlooker in Jack Reacher, which stars Tom Cruise. Rhodes’ sudden traffic spike has actually pushed him above Cruise so that Rhodes now tops the list of actors for the movie. Check it: 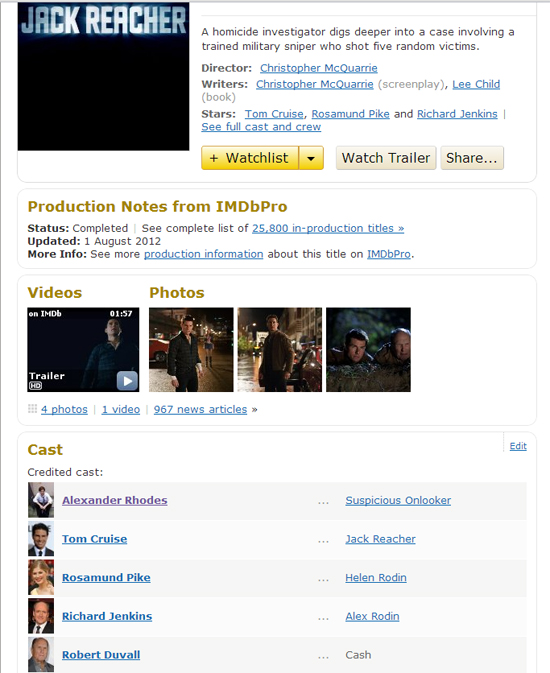 There’s even a “Rhodes to Hollywood” campaign going on. We all need a little more Suspicious Onlooker in our lives, after all.