Once Upon A Time Spinoff Casts Alice & Knave of Hearts, Plus A Graphic Novel Is On The Way From Marvel 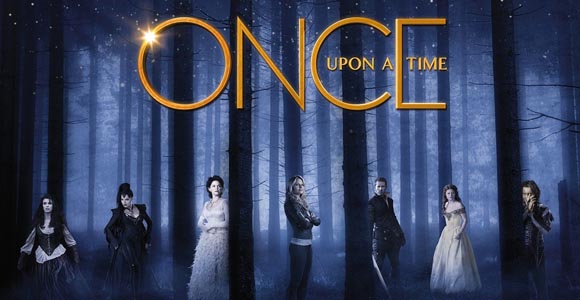 Once Upon a Time is taking advantage of their special brand of magic by starting work on an Alice in Wonderland spinoff series. Two characters have just been cast but it’s also been announced the hit ABC series is branching out into graphic novel territory.

You may remember us mentioning ABC’s announced OUAT book series called Reawakened by Hyperion and Odette Beane. Well it seems Marvel is going to utilize their Disney relationship too with a new graphic novel this fall.

Available Sept. 4 in comic shops, bookstores and digitally, Once Upon a Time: Shadow of the Queen is a tie-in to the world of familiar characters on the ABC series (now in its second season), both in the fabled Fairy Tale Land as well as the small-town real-world analogue of Storybrooke.

The plan is to show us both new and familiar characters. “The graphic novel explores the Huntsman’s forced servitude to the Queen against his will, and how complicated that relationship can be when, during an especially harsh winter, the Queen schemes again to get Snow,” writes USA Today.

In other news, casting has begun for the OUAT spinoff based in and around Wonderland. The as-yet-to-be-named series has chosen Being Human UK’s Michael Socha as the Knave of Hearts according to The Hollywood Reporter. In a follow-up report they say actress Sophie Lowe has landed the role of Alice and Peter Gadiot has will be her love interest, Cyrus.

They write, “The Once team — including Jane Espenson and Zero Hour‘s Zack Estrin — will shoot a short “teaser” presentation in April and, should it move to pilot, shoot that in late July or August. Casting is under way to fill other roles including Alice and the mysterious Amahl, with the White Rabbit likely to be animated with a voiceover.”