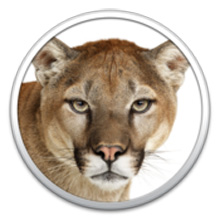 After months of waiting, Apple’s next major operating system upgrade Mountain Lion is now available for download in the Mac App Store. This new iteration of the software, version 10.8 if you’re keeping score at home, continues Apple’s move toward unifying iOS and MacOS into one seamless experience.

All 4.05 GB of Mountain Lion is available for download through the Mac App Store for the low, low price of $19.99. We’ve already extensively discussed the various aspects of Mountain Lion in our WWDC 2012 post, but the most important aspects of the new OS will certainly be those that bridge your computer to your mobile device.

For instance, Mountain Lion users will have much deeper iCloud integration, as well as new Reminders and Notes apps that will sync automatically with your iPhone, iPod Touch, or iPad. An overhaul of Apple’s chat client, now simply called Messages, takes it a step further, allowing users to respond to text messages sent from other Apple devices in addition to traditional IMing.

Mountain Lion will also be taking some design cues from iOS as well, including baked-in notifications (Growl-like, some might say) and a Notification Center similar to that found in iOS. Siri-style dictation is also making its debut as part of Apple’s desktop OS.

Apple has already started bringing its two operating systems together in the previous major update, OS X 10.7 or Lion, which was met with mixed feelings from many users. Whether or not Mountain Lion will smooth those ruffled feathers is yet to be seen, but it’s clear that Apple is intent on going in a new mobile-centric direction whether users like it or not.