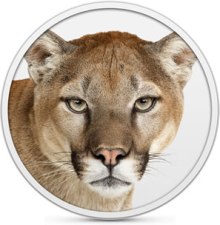 Tim Cook has wound up the Apple World Wide Developers Conference 2012 keynote and the Internet is collectively reeling from the blow. We’ve already taken a look at the new hardware Apple is rolling out, and now we turn our attention to the software. At the heart of the presentation is the forthcoming Mac operating system 10.8, or Mountain Lion to its friends, and iOS 6.

During the presentation, Apple’s plan to bring iOS and its desktop operating system closer together became clearer and clearer. Several of the announcements — some of which weren’t all that new — are specifically designed to move content between the two operating systems. Considering that we’re already at OS 10.8, and that there can only be two more updates under that naming convention, it feels like the end is in sight for Apple’s plans.

During the conference, Apple announced that iOS 6 would be available this Fall. However, a beta version is available today. Here’s what we can look forward to in iOS 6:

Mountain  Lion will be debuting this July, and will be a digital download like OS 10.7. It will cost a mere $19.99 and will not require Lion — instead, it will be an upgrade from Snow Leopard users and higher.

We’ve already seen quite a bit of Mountain Lion, but there were some new features. Here are the highlights for Mac OS 10.8 AKA Mountain Lion: