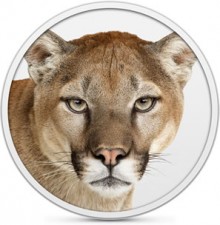 Though OS X Lion only released last July, less than one year ago, Apple has announced the next upgrade to their operating system, OS X Mountain Lion, obviously taking a cue from Leopard’s jump to Snow Leopard. This iteration of Apple’s desktop operating system will be more like its mobile operating system, iOS, than ever, with the inclusion of some new features, as well as iCloud being bandied about the operating system like never before.

First off, there are two ways you can check out the new operating system for yourself: By checking out the features over on Apple’s site, or you can install the operating system right now if you have a developer account and are feeling adventurous.

One of the biggest changes to the system is that Apple seems to be dropping the “i” prefix across various well-known apps. iChat is becoming “Messages,” iCal is becoming “Calendar,” and so on, and it is a nice change to see Apple trying to move away from that particular branding, though admittedly, having devices called “Pod,” “Phone,” and “Pad” would definitely be weird.

Mountain Lion will be bringing better iCloud integration, and though will be dropping the prefix for many other apps, won’t be dropping the “i” from iCloud at this point in time. iCloud will provide such new features as showing a realtime list of all documents stored on iCloud in the Document Library, all documents in the iWork Suite will automatically save to iCloud, and you can now create folders similarly to how you would in iOS, by dragging a file on top of another.

Possibly the most welcomed addition to Mountain Lion is the new Messages app, which replaces iChat. The biggest feature will undoubtedly be that the app will be a place for all of your messages — instant messages as well as, most importantly, iMessages. Yes, iMessages, that chat client on your iPhone that sends messages between iPhone users. Mountain Lion users can drag and drop photos and videos straight into an iMessage and send them over to iOS users. These new iMessages features will surely be a boon to anyone who works in front of Mac all day and happens to have an iPhone. Messages also allows you to FaceTime from within the app itself. Unfortunately, SMS won’t work with Messages, but that’s a given.

The iOS 5 app Reminders is headed to Mountain Lion in stand-alone fashion, not just how it is currently baked into iCal. Due to the whole iCloud integration, Reminders will sync between OS X and iOS.

Just like with Reminders, iOS 5’s Notes app is getting the stand-alone treatment in Mountain Lion as well, and allows the inclusion of pictures, as well as the ability to be pinned to the desktop, similar to the Stickies app, which Stickies fans will be relived to know is still included their operating system. 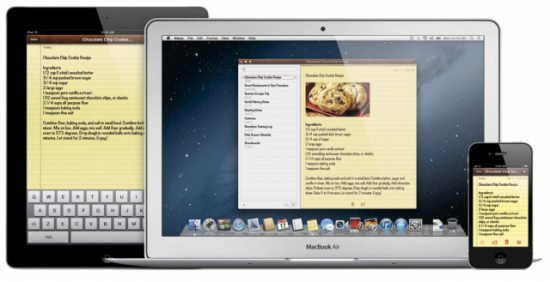 Mountain Lion is also getting the Notification Center feature found in iOS 5. You know, that thing your thumb accidentally activates and pulls down from the top of the screen whenever you are playing Puzzle Quest, and one of the culprits blamed for the iPhone 4S’s poor battery life. The app sits to the right of the screen, and can be activated by clicking a particular button, or by doing a particular swipe gesture. Just like iOS 5 (seems to be a common trend here), the Notification Center will provide both Alert and Banner notifications. For the uninitiated, Alert notifications pop up and allow you to either view or close the notification, whereas Banner notifications show up for a short amount of time, displaying the info, then fade away. 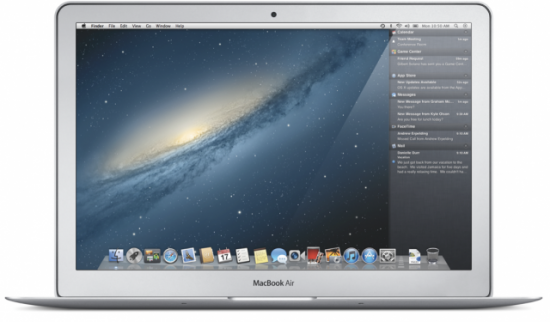 Mountain Lion will now integrate a Share button, similar to the one found in iOS, that allows one to quickly and conveniently send links, pictures, and whatever else, to emails, text recipients, or social media platforms. Interestingly, the new Share feature isn’t Apple-only, as Flickr, Twitter, and Vimeo are in the mix. Speaking of Twitter, like iOS 5, Twitter is integrated system-wide throughout Mountain Lion, so you can spam your 140 character heart out.

Yet another iOS app, Game Center, will be headed to Mountain Lion as well, so you can now focus on both Steam and Game Center achievements on one convenient platform. However, Game Center will not only allow gaming between Macs, but will allow gaming between a Mac and iPhone, a very interesting feature, especially for all of the iOS games that employ a play-by-email turn strategy, like Words With Friends and Hero Academy.

There are a host of other new features as well, such as Gate Keeper, a new security feature for Mountain Lion that allows control of trusted sources from where apps can be downloaded. Possibly most satisfyingly, Safari will finally have a unified search and URL bar, like Google Chrome. Thank the Apple gods. To check out more of the features found in Mountain Lion, head on over to Apple’s page.

The word on the Apple street is that the new operating system will be made available sometime this summer, hopefully at least at or beyond the one year mark from when OS X Lion was released, so people who upgraded to Lion don’t feel like they wasted their (albeit not too large a sum of) money.