That Big Star Trek Into Darkness Reveal Wasn’t The Original Plan, According To The Writers 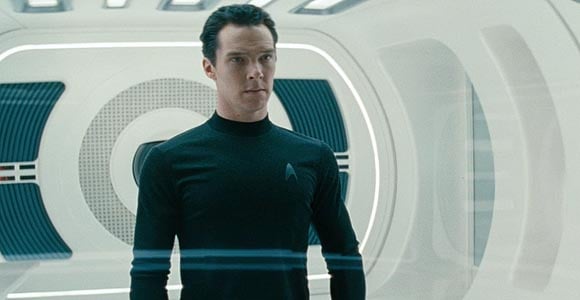 If you still haven’t seen Star Trek Into Darkness but already know, or don’t care about, that big reveal, go ahead and read on. For everyone else, here be spoilers…

Orci told them, “Let’s start with basic fun ones like the line, ‘Mr. Scott, you’re a miracle worker.’ If you know Scotty was a miracle worker in the past, great. But if you don’t know ‘Star Trek,’ it doesn’t matter. If the story presented us with a place, we’d pop in an Easter egg. Not the other way around.”

Seems like fair reasoning, they wanted to appeal to a broad fan base but also give long-time fans something to catch. “We wanted to do things differently. You don’t want to go where people expect. Part of the continuity of this universe is to change things up,” said Kurtzman.

While the way the story played out might have been altered, the writers reached back into Star Trek past for their villain. They utilized Khan, but things didn’t necessarily have to go that route.

“The biggest addition was Benedict Cumberbatch,” said Orci. “In terms of his character, we wanted to make sure that the audience did not need any previous knowledge to understand him. So the big debate was: should he or shouldn’t he be Khan?” Kurtzman added, “Our challenge was to define a story that doesn’t rely on previous knowledge, or love of Khan or ‘Star Trek 2.’ We thought if we can do that, then we can think of using that great character Khan.”

That sounds a little strange to me, but here’s where the really interesting details come in – the writers already had a story, they shoehorned Khan in. “Once we had that standalone story, we wondered: are there details from Khan’s history that fit?” Orci told Yahoo, “If we can use the details of Khan’s backstory given our structure to make the movie more specific and more relevant, then that works.”

Though Kurtzman believes the addition made their story better. “We couldn’t use Khan just as a gimmick, as an excuse to get fans into the theaters. Once we developed the story, suddenly the details of Khan’s life became an even better way to tell it. Only when we decided that Khan really does fit here – and the fans know that Khan is to the series what The Joker is to ‘Batman’ – that’s when we decided we earned it,” he said.

What are your thoughts on how this all went down? Would you have preferred Cumberbatch played his own, unique villain, rather than an established one?

Previously in Star Trek Into Darkness