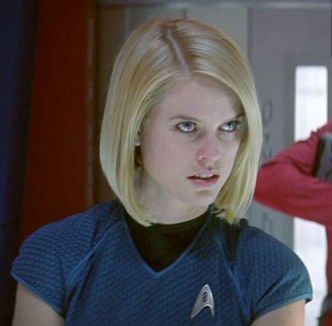 “I copped to the fact that we should have done a better job of not being gratuitous in our representation of a barely clothed actress. We also had Kirk shirtless in underpants in both movies. Do not want to make light of something that some construe as mysogenistic. What I’m saying is I hear you, I take responsibility and will be more mindful in the future. Also, I need to learn how to spell ‘misogynistic.'” – Star Trek Into Darkness writer Damon Lindelof in a string of four tweets sent out roughly a half hour after we posted his lackluster answer as to why actress Alice Eve was made to strip down in the film for no reason.

It’s nice to see Lindelof comment on the complaints at all, and we hope he really is more mindful of these types of things in the future but we must point out – having half naked actors in a sex scene does not equal the treatment Eve received. Again, it’s all about context and Dr. Carol Marcus was put on display with none. What do you think of Lindelof’s apology?