The Opportunity Rover is Alive and Well and Living on Mars 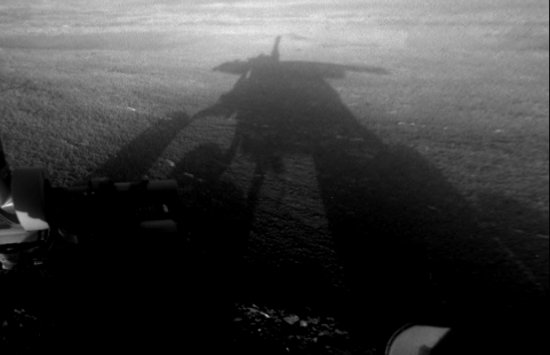 The Curiosity rover has been making all the headlines lately, even if they are a little underwhelming, but its predecessor Opportunity is still out there doing its thing. The Opportunity rover has just completed a 1,160 foot “walkabout” around Matijevic Hill. Like an older sibling jealous of all the attention the new baby is getting, Opportunity is still exploring the surface of Mars and sending its data back to Earth. Its mission was only supposed to last a few months, but as it approaches its nine year anniversary on Mars, the Opportunity rover is still going strong.

The walkabout completed by Opportunity was to explore the outcrops of Matijevic Hill and to help the team controlling Opportunity to decide what to explore next. The hill being explored is named in memory of Jacob Matijevic, who was the lead engineer for the Opportunity and Spirit rovers for a number of years.

We’ve got a list of questions posed by the observations so far. We did this walkabout to determine the most efficient use of time to answer the questions. Now we have a good idea what we’re dealing with, and we’re ready to start the detailed work.

Opportunity’s 1,160 foot jaunt brings it to a total of 22 miles driven while on the Martian surface. Going 22 miles in nine years doesn’t sound impressive until you take into account the rover is driving on Mars and is more than eight years beyond its expected expiration date.

What has Opportunity’s twin Spirit been up to? xkcd has an idea.