Ophelia Reminds Us That Shakespeare’s Strong Suit Was His Women 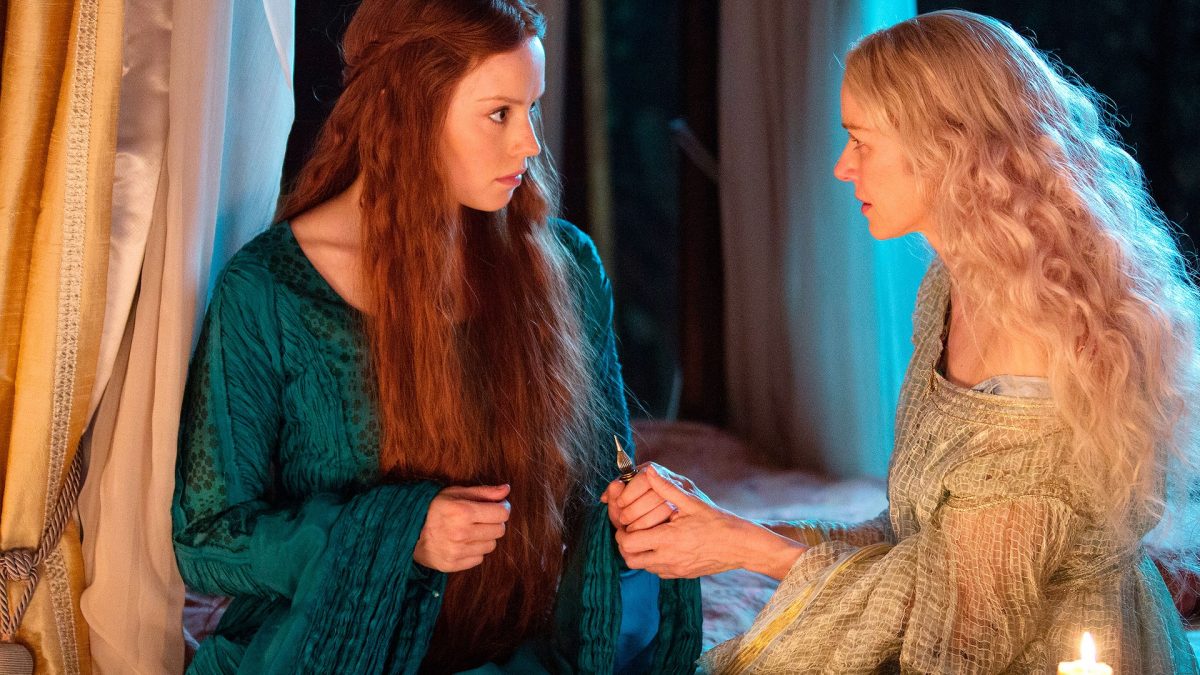 Ophelia was the troubled love of Prince Hamlet, used as a plot point to advance the stories of the men around her in Hamlet. The movie Ophelia follows the journey of one of Shakespeare’s more complicated women—and gives her a plot of her own. Here we zoom in on the part of Ophelia’s tale that we never really got to hear about because Hamlet is about … well … Hamlet. A lot.

That doesn’t mean that Queen Gertrude and Ophelia didn’t receive plenty of attention over the centuries; if anything they were the two women many sought after to play on the stage, and both have been subject to heavy literary psychoanalysis. Playing Ophelia was always a goal of many a young actress, along with characters like Lady Macbeth, Helena, Hermia, Katherine and more. Shakespeare is known for writing particularly complicated women; the problem is that they are rarely the focal point or the star of the story.

Ophelia is directed by Clare McCarthy from an adaptation of Lisa M. Klein’s book, and stars Star Wars‘ Daisy Ridley in the title role. Other names that might jump out at you from the cast list here are Naomi Watts (Gertrude), Clive Owen (Claudius), and Tom Felton (Laertes). What Ophelia teaches us is that we can rewrite Shakespeare’s epic stories, tell them from the perspective of the females we love so much, and let them give us their own tale.

While reading Hamlet, we know Ophelia as the woman caught between the man she loves (who becomes seemingly unhinged), and her family; she tragically drowns herself. But in the film, we see that Ophelia has her own agenda, her own purpose. So simple and yet so powerful. Letting the women tell their stories? It seems like an obvious thing but it is relatively new, especially in regards to Shakespeare and his work.

Something like Ophelia feels both groundbreaking and familiar, because we know these characters, we learned of them and their struggle growing up, and we wanted to know more and more about them. But it is hard when you’re learning mainly of Hamlet or Macbeth or any of the other countless men who take center stage in William Shakespeare’s stories. If we continue to make movies like Ophelia, our dreams of exploring these characters can continue.

Maybe that’s the problem I always had with Shakespeare: I was more interested in his sidelined female characters than any man he put before me. Helena was always my favorite, a woman who was dragged along by a man and yet made a mockery of because she had the audacity to have feelings for Demetrius in A Midsummer Night’s Dream.

With Ophelia, she had always been in the background before, a character that enraptured Hamlet who died tragically. Now, we are getting her story from her own perspective, learning of her struggles and her inability to fit in with the other ladies in wait who worked with the queen.

She was always someone who stood out, someone whose beauty could blind all those near to her, even her brother and her father. Now she gets to tell her own story, showing us what she wanted and it gives a kind of agency to the character that only ever existed in our actor notebooks before.

The costumes in the film are absolutely beautiful, taking on the Danish feel of the 15th century in a way that feels whimsical and brings the mystery of Ophelia to life that is only increased by Daisy Ridley’s excellent performance. From the small smiles to her quippy remarks to her fellow ladies as well as Hamlet, Ridley’s Ophelia brings a modern feel to the film even though it is set back in the late middle ages.

The only downfall is the tone and pacing: still focusing on the Shakespearean story, the film sometimes lags, making it seem as if it has been going on for longer than it is even though the movie itself is less than two hours. Despite that, it is worth the time for Daisy Ridley and her take on the character.

Ophelia is a wonderful movie and one that, if you’re a nerd for Shakespeare and his work, you’ll absolutely love.