One Piece Is Getting a 79 Million Dollar Theme Park 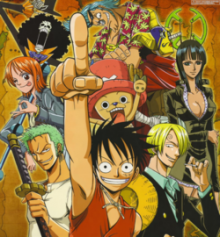 For those of you that have had your fill at the themed One Piece restaurant and need somewhere similarly themed to go for after dinner festivities, there is now a One Piece theme park in the works, with a budget of a whopping 79 million bucks.

Anime News Network points out that various other theme parks have One Piece attractions as well, including The Huis Ten Bosch having a replica of the Thousand Sunny pirate ship act as a cruise ship, and Universal Studios Japan having held the One Piece Premiere Summer even last year.

In Japan, things like this happen. Also in Finland. Unfortunately for us in the United States, we only have two Disneys, two Universals, a ton of Six Flags, as well as some SeaWorlds.