One Piece Anime Gets Themed Restaurant in Japan 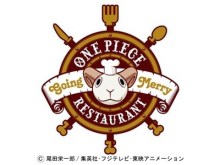 Fuji TV announced they’ll be opening a restaurant themed after the popular One Piece anime on December 11, 2010, and it will remain open until May 31, 2011. Named “The One Piece Restaurant Going Merry-Gō,” the restaurant will be decorated like the interior of the anime’s Going Merry ship and will feature dishes that appeared throughout the show and manga.

From Anime News Network, regarding the menu offerings:

Hey, if the restaurant is successful, they can always open up a second one themed after the Thousand Sunny.