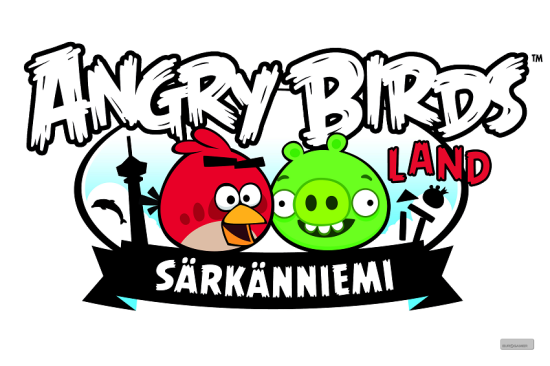 Hey, everybody? You want to go to Angry Birds Land? Of course you don’t; it sounds horrible! But what if I told you it’s neither a dangerous aviary nor a real-life interpretation of Hitchcock’s The Birds, but rather a theme park attraction based on the popular mobile game? Also, it’s in Finland. Personally, I’m landing on a solid “Okay, maybe?” Regardless of your excitement, or lack thereof, Angry Birds Land has opened at Finland’s Särkänniemi Adventure Park and is bound to be a little more intense than the game it’s based on.

The attraction, which was developed with the oversight of Rovio officials, boasts an “adventure course,” food outlets, and a staggering 12 rides, which is an awful lot considering the game’s relatively simple gameplay. Presumably, something in Angry Birds Land will emulate Angry Birds-style play in real life, but beyond that, who knows what kind of tangentially related attractions they’ve come up with. According to the official site, attractions include “Angry Birds Ride of the Mushroom Race” and “Enter the Lighthouse,” whatever those may be.

So, should you check it out? Park head Miikka Seppälä sure thinks so.

“The opening of Angry Birds Land in Särkänniemi is a really big deal for us. The theme and design of Angry Birds is internationally renowned, so we are delighted to welcome visitors from around the globe to experience the product for themselves.

The area is definitely a must see destination for millions of Angry Birds players, but also a great experience for those who are not yet familiar with the game.”

A “must see destination” might be a sort of intense description considering how casual of a game Angry Birds is, but the place sure does sound interesting. If you find yourself in Finland, for some reason, the place might be worth a gander, but just knowing it exists should serve as amusement enough for most of us.

You can check out some pictures of the place at Eurogamer.