And here you thought you peaked in high school, you unappreciated genius, you. 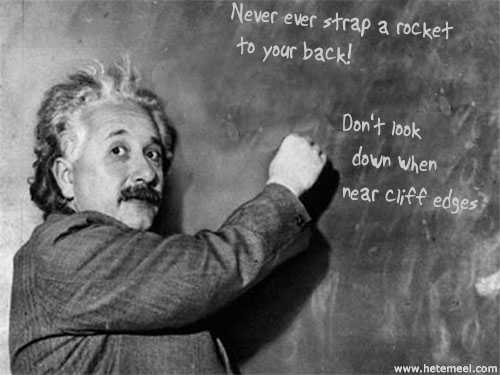 Good news, stagnant twenty-somethings: economists have created highly reassuring graphs that demonstrate genius often doesn’t strike until you hit your late-thirties. Feel free to print them out and put them on your fridge or use them in place of a resume.

A new study from The National Bureau of Economic Research examines the amount of experience typically required before Nobel Prize winners or inventors were able to produce “great scientific output.” Granted, the study wasn’t peer reviewed, but still–there’s a good chance we’re all just biding our time before joining the ranks of the intellectual elite.

The paper is part of an upcoming book entitled Handbook Of Genius (coincidentally, also the title of my memoir) in which authors Benjamin Jones, E.J. Reedy, and Bruce Weinberg examine the impact that “burden of knowledge” has on the age at which geniuses will start producing renowned achievements. 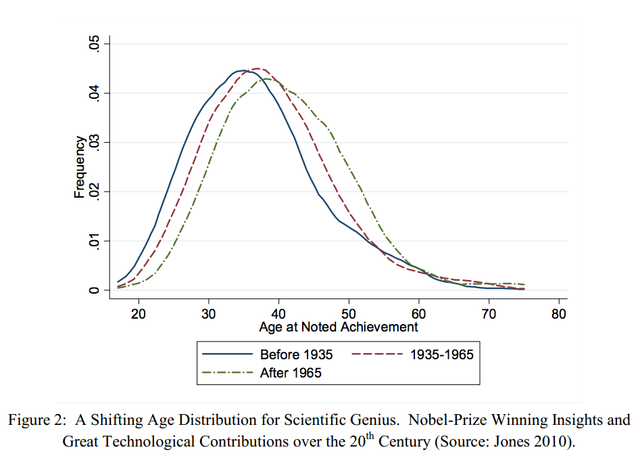 Hey, it’s okay if this graph is gibberish, maybe you just haven’t peaked yet!

“Burden of knowledge” theorizes that the achievements of our predecessors have burdened today’s burgeoning innovators with more knowledge to accrue before they can begin making their own world-changing discoveries. The study argues that genius has been “manifesting” later and later throughout the twentieth century due to this ever-increasing knowledge. 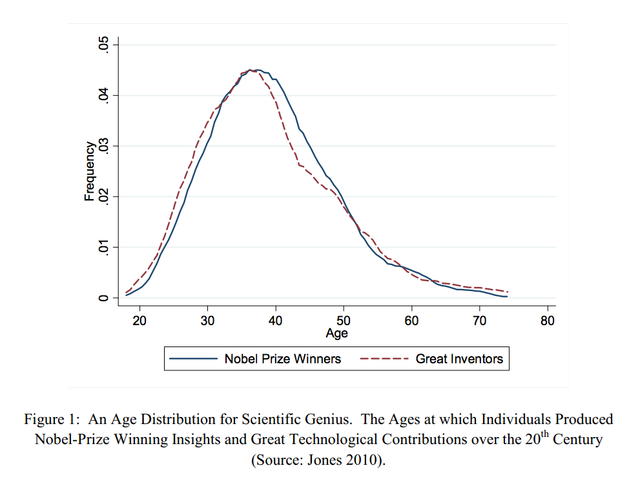 So no, obviously the study doesn’t indicate that anyone who isn’t working towards some sort of achievement will suddenly be granted staggering abilities once they’re past the thirty-five mark.

But, it could mean that the manuscript in your mom’s basement or your unfinished symphony from junior year will one day change the world–we all just need time to perfect our masterpieces.

Rest easy, future Einsteins and Prousts. The best is yet to come.

(via io9, images via Age and Scientific Genius and  Brett Tancread)